Since I’m from Nashville, traveling to LA and being able to catch a BEU dinner while I’m in town is always a win for me. When I realized that coming to town for the 11/29 BEU would also make it possible for me to reach Platinum status on Delta for 2018, it became a no-brainer to make this one in particular!

I’ve had the pleasure to attend several of these dining experiences, but this was my first time to wear the prized burger hat. I’m thankful to Binks for inviting me to take part in these dinners over the years and I am honored to be the blogger for dinner at Public School 818.

Walking up to Public School impressed me right off the bat for two reasons. First, it was a short walk; affordable valet parking was available directly across from the restaurant. Secondly, our group was seated outside on a walled-in patio that felt very cozy with a fireplace at the far end. I felt like this was a well-attended dinner, and we were set up in such a way that it felt like we had the place to ourselves.

I’ll balance those initial impressions with two downsides. The dining space was narrow and there were a lot of 4-6 tops, making it harder to visit with everyone there. Also, because we were seated outside there was a small about of street noise and then a Fast and Furious display of crotch rockets racing around the block, twice, that became quite loud but humorous. I believe Binks caught the action on video.

Once seated, we were waited on quickly and I received my first glass of well-needed wine soon after. (I landed at 5 pm and then hauled A via Uber to Sherman Oaks for the 8 pm dinner, so that glass of wine was NICE.)

Now that I had some wine and was feeling more relaxed it was time to order. After looking at the menu, that was reminiscent of a wedding/banquet menu option because it only had a few choices on one side of one half of paper, I decided to venture out of my burger comfort zone and go for the PB&J Burger. I didn’t know what this adventurous choice would cost me since the menu didn’t have prices listed, but I didn’t care, I was going for it!

Once my order was in, I began to take my blogger duties seriously and snap some photos. It seemed like everyone was having a lot of fun and enjoying each other’s company, and the food. It wasn’t long before my dinner was served and it was time to get down to burger blogger business.

My first impressions were good. I thought the dish looked nice and I was SO hungry I couldn’t wait to taste it. For my side, I went with the brussel sprouts because I had been traveling all day and if for some crazy reason a PB&J Burger didn’t taste great, I wanted a little more substance than the fries. Side note, the fries smelled delicious!

The burger was, good. I admit that unfortunately I wasn’t overly impressed by it though. I could only taste a hint of the peanut butter, and I saw other people request additional peanut butter to add flavor to their dish. Also, I believe my burger was overcooked because it had a charred taste which overpowered the rest of it.

Overall, I had fun, and I thought the service was great. Maybe I caught someone’s off night with my dish so I’d go back and give this place another shot if I was in the area. As it turned out when I received my check, the prices were very reasonable; they are just, apparently, a secret.

Out of 41 people in attendance, here’s how Public School 818 fared:

Vitaly Shenderovsky: The patty was much smaller than the bun…dislike.

Talia Rubino: I think this was my first bison burger! Woo! It was tasty and I enjoyed the pepper bacon mushroom topping a lot. Would def get again. Negative points for not listing $ on menu. Can’t rate the value. P.S. Nick Jonas eats here.

Jess Ruoti: I went off the prefix menu to get a REGULAR hamburger, which wasn’t an option. I also left a passive aggressive message on the menu mentioning they left out the prices of the burgers. I feel strongly about that.

binks: It’s pretty funny when the basic bitch burger is off-menu. That being said, I have totally had a PB & J burger before and it was tasty, so I went that route again. So – where was the PB & J? I ordered more peanut butter. At a burger spot. More. Peanut. Butter. I could not taste the peanut butter. Like any of it. Zero. WTF.

Dawn Delvo: Thank you for having me!

Maeve (Like Wave): Cool patio, was the burger really bison?

Anon: Kind eyes, all around.

Debra Stella: Not the best!

Alex Valenti: Tbh, this burger was dank in a good way. One complaint was it was super beefy – not necessarily in a good way, sort of felt like I was eating meat rather than beef. Too much.

Jessica Cole: The PB&J burger was awesome! Who knew peanut butter would be good with a burger!

Kristen Agee: It’s beginning to look a lot like CHRISTMAS!!

Patrick Clancy: Everything was a little spicy – I liked it! 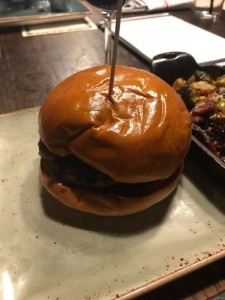 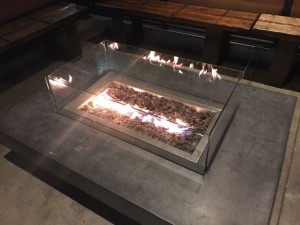 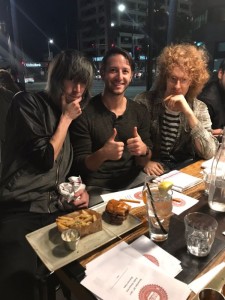 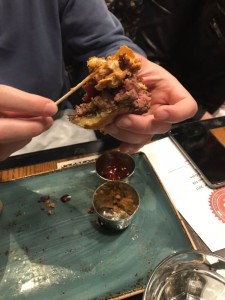 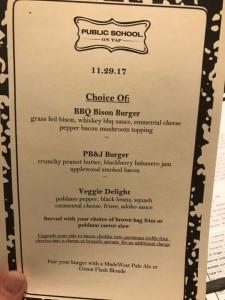 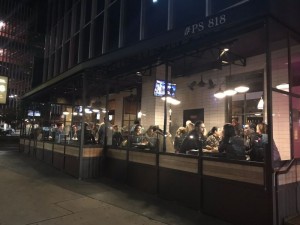 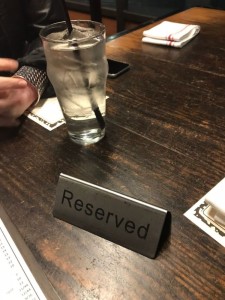 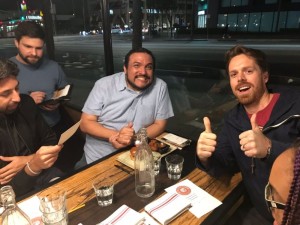 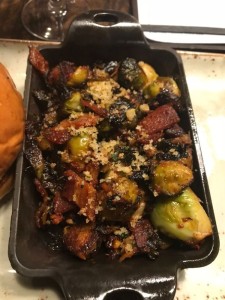 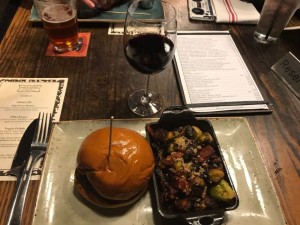 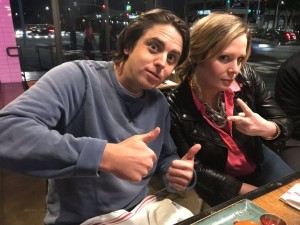 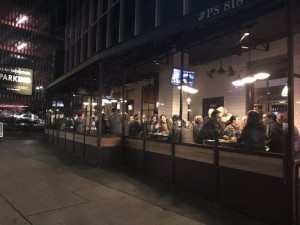 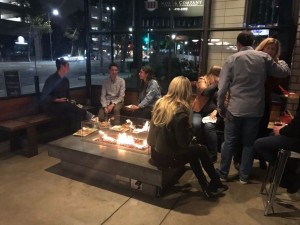 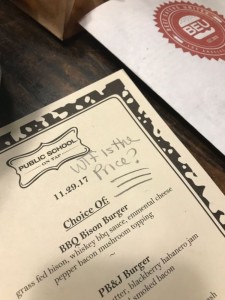 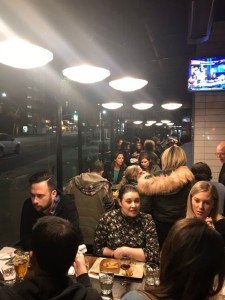