I’ll start off by saying Forman’s was alright in my book. I haven’t seen the final numbers, but to me this was a really aggressive “C+”.  Did it pass the test? Definitely. But is Forman’s father a bit disappointed? That’s up to you to decide.

Admittedly, my dishing out a mediocre grade isn’t completely based on the food; part of my review and experience is due to the fact that I arrived an hour early. That said, maybe that allowed me to really take in the place and understand Forman’s like no other Beef Eater ever has. Here’s what happened.

I was immediately asked if there had been a new rule added to Baseball since he had last watched a game (the gentleman didn’t specify a date). I answered “yes,” and was instantly corrected by the bartender, who had ignored me up until this point when he found an ample opportunity to best me in front of my new, ghoulish friend. “No,” he said. “No there isn’t a new rule, what can I get you?” I forget what exactly I ordered to drink, although I’m sure it didn’t matter much as there was already a bad taste left in my mouth. So far not so good.

There were only three options, which is perfect for someone like me who can’t easily make decisions. That said, these burger flavors were a bit dry and lacked creativity.

Please guys, I’m a licensing coordinator and am very, very busy and important. I don’t have time for this lifeless nonsense. Can we please spice it up?

This is fine. There’s smoked stuff – the word hickory is crammed in there which doesn’t provide much information yet manages to sound rustic. This should be the plan-B on any other burger menu yet it’s the crown jewel at Forman’s.

I ordered the Hickory Bacon Cheeseburger and prepared to get wild (ish).

Out of 55 people in attendance, here’s how Forman’s fared:

TLC beat out Destiny’s Child (very, very overwhelmingly) in the “Who would win in a fight?” category.

binks: SUPER LEGIT. Errythang tasted super grilled and delicious. It almost made me forget the excitement of Jason Priestley being here. Can we get a pic of him in the burger hat? P.S. RSVPing means you care. Thanks for not being Richards everyone.

Kayla Masnek: Garrett told me to write something witty or clever.

Garrett McElver: This burger is #1! (Whatever Kayla said is a lie)

Travis Holcombe: The burger melted in my mouth. At times I wasn’t even sure if I was getting a burger bite or not.

Jackie Shuman: A line out the door?! Running out of chairs?! Where am I? Hollywood?

Brayden: Jason Priestley was not stoked to be there.

Paul Rocha: Decent burger, felt like it was lacking a bit in the flavor department. The fries were super tasty!

Sarah Scarlata: They forget to kill the cow if you order anything less than medium-well. If I didn’t order those perfectly seasoned fries, I’d be questioning if they have heating elements in the kitchen.

Geoff Siegel: I like this place. Thought the burger was tasty. But they fucked up the heat. Burger was raw.

Brad Henson: Solid burger! Great bacon and great BBQ sauce, good combo of sweet and spicy. The sauce was great but I could have used less, the bun got soggy quick.

Jamin M.: I asked for the buger medium-rare and it was nice and bloody, maybe even undercooked…perfect. The bun was really good, but it could have been a bit toastier.

Jax: I’ve had the tavern burger for lunch and it was far better tonight waaaay undercooked – too much of a rush or nerves? Too bad cuz it coulda been a contenda!

Anon: The universal sentiment in my internal poll was that all burgers were undercooked (med-well = medium, med-rare = rare, etc)

Peter Wade: #Swerlk! TLC is down 1 member or I would have voted for them to win. So far the best burger of the season…for real tho. 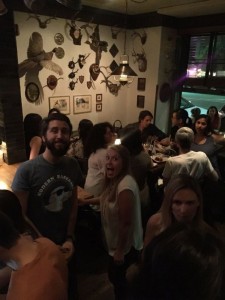 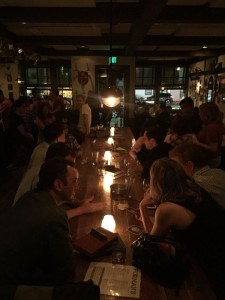 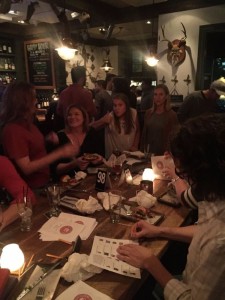 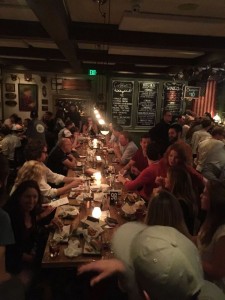 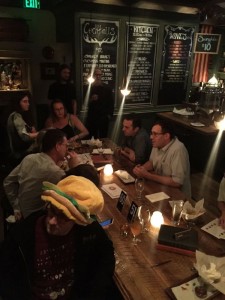 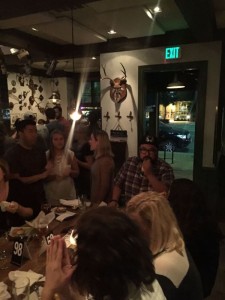