These are not just moments when we put food and drink in our mouths to fill our bodies. It is more a time when we feed our hearts and souls! When we cast aside the chains that have bound us to the drudgery of our working life so that we may meet as our true selves! When we can, in a communal setting, share the wonders of our lives with people who are eager not just to hear our stories, but excited to share their own. In this way we are not merely a collection of cells crawling across the surface of an otherwise insignificant rock floating in space. We become more! We become transcendent!

One of the greatest of all legendary figures, King Arthur, saw how the importance of these occasions influenced his knights and he created the Round Table: So that they could eat and drink, tell their stories and inspire each other; then be sent to their deaths in search of the Holy Grail.

My dear friends! Aren’t we all just like King Arthur’s knights on our own quest? We come together, share our lives and continue, willing to die, on our quest to find not just a great burger, but the best damned burger of 2014.

So here we are, our quest bringing us to Plan Check, in the oh-so-convenient heart of West Hollywood.

I am going to cut to the chase and begin with the reason we are here: the burger. I ordered The Blueprint Burger which had the handy description listed as “smoked blue cheese, pig candy, fried onions, roasted garlic steak sauce, peppercress”. I ordered it medium rare, because that is how I roll. I mention that because this thing came out blood rare. If you are squeamish about undercooked meat, I would caution you to err on the side of asking for your burger to be a little more well done. When it arrived it was a very simple presentation but nicely done. There was the burger, looking burger-like. Not grossly large or too small—just right. However, there were two long pieces of bacon intersecting each other so that they formed an X with the ends cascading over the sides of the bun and that what was the most striking thing about the presentation: The focal point was the burger because the bacon, flowing from the sides, pulled you in.

For my first bite, I made the conscious choice not to bite the bacon. It is too hard to make bacon last on a burger all the way through so I try to ration it out. That first bite was really good: The cheese was not so sharp that it took away from the other tastes: the fried onions, and the roasted garlic steak sauce were easily identifiable, non-competing and complimentary. Then I took my second bite with the bacon and caught a glimpse of the Holy Grail.

Read the description of the burger again. Do you see the word “bacon” there? No. They have “pig candy”. Pig Candy is bacon that is given a brown sugar/cayenne pepper glaze and cooked to crispy perfection. Here, they went without the cayenne and stopped short of making it crispy. It was heaven. The sweet and salty combination lifted all the best parts of the burger, made a fist out of them and punched me in the face with them. It was a bit embarrassing talking about how good it was while shoving more in my mouth. Excellent.

As far as Plan Check itself, this was not my first time there and I like the place. However, it was the first time with that large a group and the space made available was not ideal for us. The few booths went fast to the early arrivers with everyone else having only bar seating. The acoustics were pretty bad and it was very difficult to maintain conversations. With the social aspect of these events being what they are, it is too difficult to ignore these issues.

The service was a serious mixed bag. I believe they only provided us with one waitress but several busboys. We ran her ragged and she did all she could to keep the orders straight. There were plenty of busboys to bring out the food but we always played the “who ordered this?” food game whenever we were served. Drink orders were slow unless you ordered directly from the bar. I think we would have been much better handled with at least one more waitress.

Of course, the company we keep defines who we are. As I looked around this month’s “Round Table” I couldn’t help but think of how lucky we all are that, in that two hour window, we were all in a position to laugh, joke and tease; where our biggest problem was in choosing “What kind of burger do I want?”

Thanks for a great time last night, everyone…and thank you Cheapshot and Rebecca for organizing these events and allowing me to blog!

“While it was delicious, the ketchup leather was advertised as keeping the bun from getting soggy but my bun was soggy. ”  – Sam Hayflich

“The meat itself was pretty srong, and I really appreciate that it isn’t on just another glossy brioche bun.” -Michael Sherwood

Good burger! Thanks to everyone for the good times (Especially Cheap & Rebecca)” -Kevin T.

“The bacon was crusted with brown sugar. Someone clearly stole my dream journal.  Burgers that don’t come with fries should be illegal.” -Jackie Shuman

“Tasted great, though was slightly too greasy/juicy which made the bun soggy by the end.  Enjoyed the “Spicy PCB” but thought it’d be a little spicer.  B+ Overall.” -Garrett McElver

“Fries were really good too. But I don’t know if this organization supports side dishes.”-Sam Torello

“Now this is a burger.  I would even go so far as to say a divine burger from the heavens.  Sweet sweet beef chese and bread.  I won’t soon forget you.” -Kristin “DMS” Genovese

“This was good but not amazing.  The fact that the fries were not only extra but six dollars is ridiculous.” -Binks

Out of 40 total BEU members in attendance, here’s how Plan Check fared: 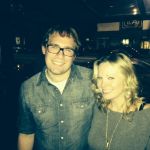 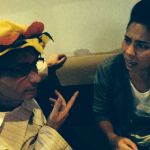 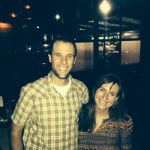 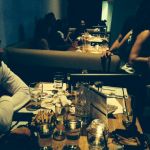 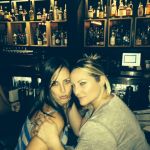 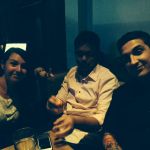 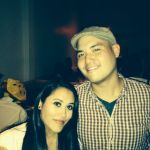 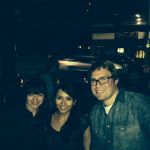 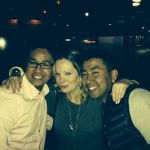 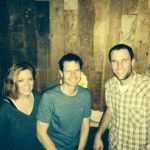