As it was the Sunday after an unusually aggressive Saturday night for me, I immediately beelined to the truck for America’s greatest hangover remedy, a burger, fries & a soda. The Me So Hungry (see what they did there? wink wink) crew was ready to rock and roll and were pushing their most popular burgers, the Monster & The PB&J (more on this later), but they had the full menu available for our eating pleasure. I am one to go for the signature dish at any restaurant, bar, or really any establishment that offers something for consumption, so I went rather classic with The Monster, a side of shoestring parmesan fries, and a can of coke.

I happen to be a very big fan of food truck culture throughout Los Angeles in particular (shout out to Taco Zone – that place is the jam) so I was really rooting for this one to be exceptional but unfortunately, it fell somewhere between mediocre and blasé. The Monster Burger featured Angus beef, bacon, cheddar, lettuce, tomato, and Asian BBQ sauce on a brioche bun. The beef was thin, overcooked and meh, the bacon was too chewy, the toppings were fine but just ok, the brioche was too big, and there was not nearly enough bbq sauce.  It definitely did the trick on the hangover cure but was my mind blown? No. The parmesan shoestring fries had tons of potential and some good flavor but were taken out of the fryerlator a wee bit premature. I like my spuds with a bit more crisp to them.

I wish I could say I stopped there, but as blogger this month I thought the perfect excuse (not that I ever make excuses for my eating..um..) to go back up for seconds and sample the PB&J sriracha burger as everyone was buzzing about this strange collaboration of ingredients seemingly imagined by college students after a couple hits of that sticky icky.  I got a few comments “wow you’re going up for more? I’m not even mad, I’m impressed.” but I took it as my duty as blogger and forged on. This was rather interesting. Peanut Butter, grape jelly, sriracha, burger patty, bacon, and cheddar on a brioche bun.  Fellow BEU member Jackie Shuman hit the nail on the head when she exclaimed “There’s just too much damn peanut butter.” A bit overwhelming this dish, especially as a round 2 pick, maybe I wasn’t high enough bc I thought this was just ok and a bit too random. Someone accidentally overheard “She’s the burger blogger” as “You’re the burger monger??” which was not only funny but terribly accurate for this day.

Luckily there was park activities to help me digest my rather aggressive Sunday afternoon meal choice so I jumped right into a highly aerobic game of Giant Jenga (which google-ing for videos of led me to this…enjoy: https://www.youtube.com/watch?v=Py805hYfopw ), followed by some extreme Pinata-ing and a game of ultimate frisbee.  Turns out I should stick to the music licensing business rather than explore my career in park games but at least I had fun.  I know I am being a tough critic on Me So Hungry (bonus points for the name and how nice they were) but all in all it was a very fun-filled day in the park with great people, nice weather, decent eats, and hilarious games. I look forward to next month of mercilessly judging a burger joint in the company of you fine people. Until then!

One more thing to note:

“Putting peanut butter, jelly & siracha on a burger is a bold move and I like it…but overall experience fell short.” – Jackie Shuman

“They didn’t ask how I wanted the burger cooked, and served it fully well-done.  I’m tired of brioche buns, but they at least aren’t usually this dry.  The sauce on the duke was excessively sweet.  And I’ve seen the PB+J burger before, so it doesn’t get too many points for creativity.  The cheese bread on The Duke, however, was excellent.  The patty was also quite thin.”  -Michael Sherwood

“Big fan of the bacon and bbq sauce.” -Kristen Bushnell

“The idea of a PB&J & bacon + beef patty sounded grotesque but I was proven wrong wrong wrong.” -Rob Lavelle

Out of 35 total BEU members in attendance, here’s how The Me So Hungry Truck fared: 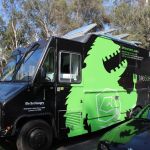 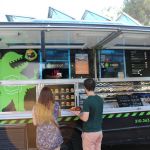 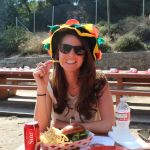 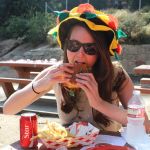 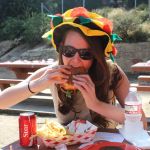 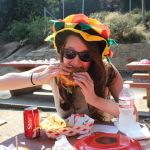 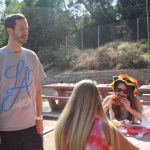 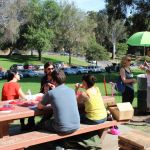 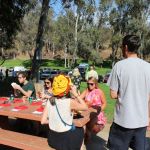 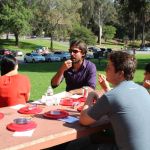 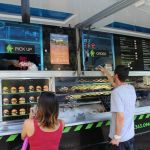 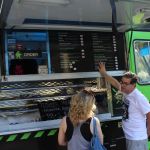 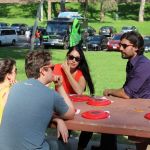 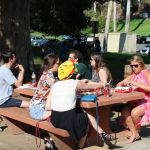 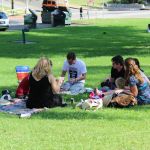 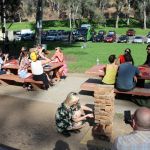 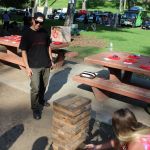 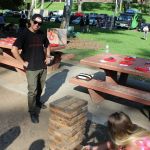 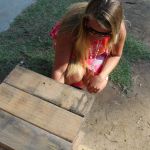 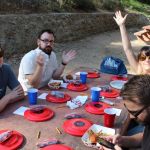 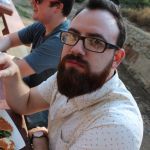 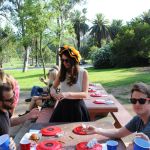 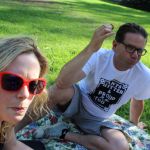 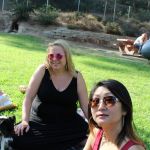 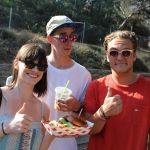 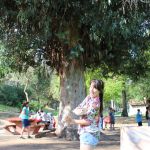 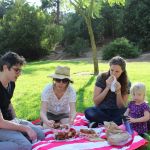 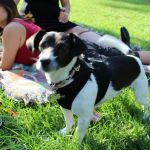 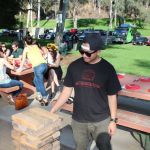