Sipping “L.A.’s finest” out of wine glasses really sealed the deal on the ambiance. The cocktail list had some conceptual drinks with creative ingredients, one of which I had to Google. Orgeat? Seriously, spell check recognizes the word, but I don’t (great for Scrabble?). The waiters were no-nonsense, bow-tie-wearing professionals, who used their hands to help illustrate the menu items (spirit fingers). The restaurant provided us beef-eaters with no menus, only the choice of how we wanted our meat cooked. It was kind of refreshing to only have one choice, almost liberating. So my one-word order was placed: Medium.
Then came the waiting game, a game consistent with table-clothed establishments. It’s one thing to charge $18 for a burger, but another to play hard to get with a 1/2 pound of grilled beef. But they finally started trickling out of the kitchen as the waiters did juggling acts with several plates at a time. These guys are pros! And so were the chefs. The burgers had a golden brown bun, puffy and rich with flavor. I peaked under the top bun to find this crazy frisèe that looked like a green afro on top of a thick, juicy patty. Mine was perfectly cooked, though I heard some grumblings through the crowd to the contrary (sorry Lauren). There were diced tomatoes, melted gruyere cheese, and a tasty sauce. The burger wasn’t anything inventive or funky (like the delicious sushi-burger I had last month at 26 Beach), it was a classic burger with a kick in the ass. And it tasted great!
But overall my meal left me a bit south of satiated. As I observed my late-comer of a neighbor taking his first bites, I questioned how it was possible that I was finished with that large man-burger, yet still hungry. Can it be the psychology that we don’t trust gourmet meals, even burgers, to fill us? Or was it the pot brownie I ate 4 hours ago? We’ll never know. But there wasn’t a thing wrong with those fries! Debatably as good, if not better, than the burger. And though the entire meal was tasty (and noticeably overpriced), something was a bit lacking…especially if it’s going to compete in this burger-haven of Los Angeles. We are burger snobs, so STEP IT UP!
What was truly lacking was the BEU ballot, am I right? Come on, Cheapshot! Where was the “who’d win in a fight” bit??? Even your worst one of those was better than the burgers at Mo’s!

“This burger is good but generally salty and overpriced.  If you consider that fries com with the burger, I guess the cost is more palatable.   But still too salty.  The meat was actually cooked properly to order, however, this does not usually happen with a group this size.” -Binks

“Cheese was a highlight” -Joe Seiders

“I almost didn’t make it but Cheapshot saved the day and I’m very glad he did. Excellent!” -Garrett McElver

“Loved how rare my burger was!” -Cristie Munoz

“First bite – incredible!  Then as soon as I came from my hunger black out I thought, this is just an ok burger.  It did the trick.” -Kristin Genovese

“Kinda like my prom date senior year of high school.  Great to look at but ultimately not that satisfying.” -Adam Sellers

“Everybody gets a bun.  Except Justine – she chose not to.  And Jonathan.  He did not get a bun, either.  I also got free flan and I wasn’t even the blogger.  Five thumbs up.” -Lauren Reynaldo

“Garret McElver talks too much.” -Cheapshot

Out of 24 total BEU members in attendance, here’s how The Larchmont  fared: 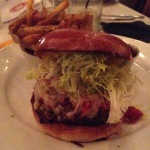 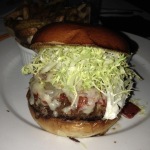 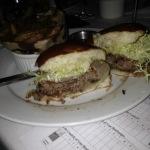 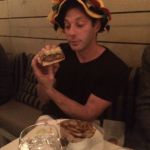 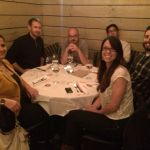 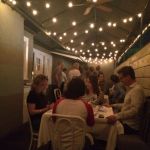 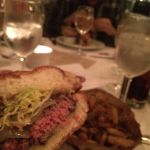 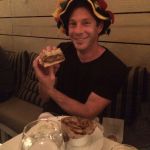 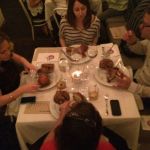 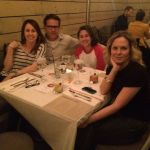 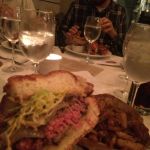 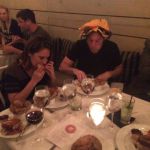 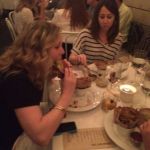 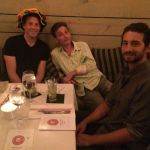 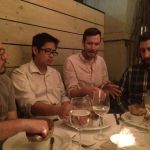 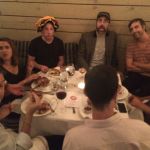 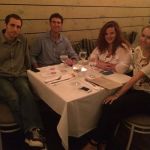 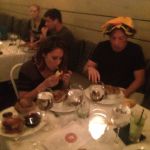 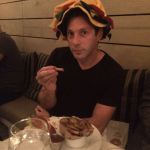 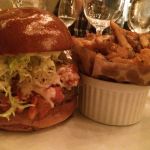