Let’s start with the good: I didn’t get sick (yet) and the staff was friendly. Also, being the guest blogger, I got to wear a sweet fucking burger hat all night.

Now the not-so-good: Upon ordering, I was not presented with the option of how I would like my meat cooked (and to be fair, I didn’t ask). For someone who prefers their burger medium-rare to rare, this was a bit of a let down. Although, I heard that someone did ask, and they accommodated the request. Either way, I feel it should be a priority at any serious burger joint.

The bun wan’t packing much flavor and seemed to soften/ crumble too easily throughout the meal (and I eat fast). Also the burger/ bun ratio skewed too far toward the bun in my opinion, which wouldn’t be a bad thing if it were a glazed doughnut (shout out to Rienks).

The patty again didn’t scream of flavor…I heard it was pre-packaged/ frozen, which might explain why they all seemed to be well-done with an ever so rubbery texture.

The veggies were fine, but not enough to save the overall burger. The only accouterment that kept me in the game was the garlic mayo.

The sweet potato fries were nice and crunchy, but could have used a little salt or a different batter/ cooking oil. I’ve had better, but relative to the meal at hand, it was the highlight.

No alcohol. To me, Burgers and Beer start with the same letter for a reason. I heard after the meal that it’s BYO. Regardless, not sure any amount of alcohol would have improved the overall taste.

I know that it’s a kosher establishment and that all of the above should be taken with a grain of (kosher) salt. But in a highly competitive burger market such as LA (as evidenced by the BEU crew), I would be remiss to not speak my mind, in the hopes that it will only elevate the standard by which burger establishments are held, thus improving the overall burger dining experience.

I thank you for your time.

The rosemary burger was great but the lamb burger was just mediocre.-R. Thomas

1) Burger just ok 2) Sweet potato fries w/ garlic mayo – BALLLLLER. I had to make Sherwood take the fries away from me. 3) Most items – patty, bun, onion rings, some sauces – seemed pre-made or straight from a bag/bottle. Not cool man, not cool. 4) By the way…one rule of burger club: order a fucking burger. Thanks. – Binks

Bun was skinny but it made it easier to eat. -P. Perera

It was kind of like a nicer McDonalds burger. Overall, it was pretty mediocre, and they didn’t ask me how I wanted it cooked. The patty was too small for the bun. – M. Sherwood

Split the lamb and rosemary. Lamb was ok. Rosemary was bomb. -K. Sanchez

Out of 18 total BEU members in attendance, here’s how LA Burger Bar fared: 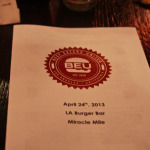 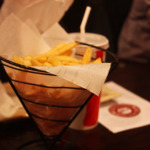 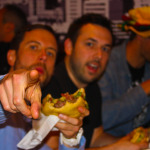 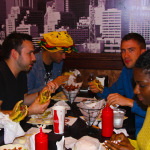 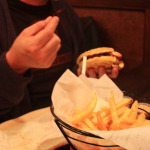 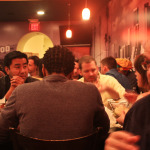 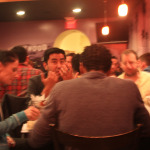 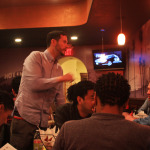 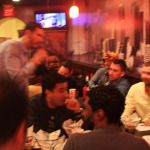 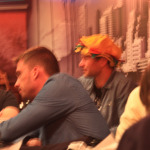 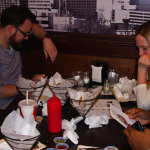 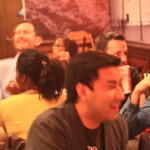 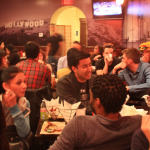 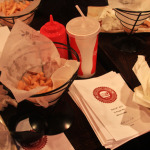 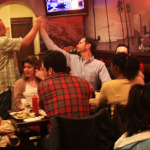 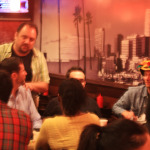