When I turned 8 my parents told me I could pick any instrument and they would buy it for me and pay for one year of lessons. I of course chose a bright red electric guitar and signed up for lessons ready to learn all the Nirvana and Green Day songs that I could fit in my fragile little fingers. Well my teacher was more of a Dream Theater/Steve Lukather kind of guy and thought it would be better to teach me music theory and circle of fifths and all that boring stuff (that I wish I knew now). Bummer.

(I promise I’m getting to the point…hang with me)

Early on under his tutelage, he invited me to a concert he was playing with his “FUSION” band. I wasn’t sure what that meant, but it sounded exciting. Well it was really less of a concert and more like a recital that was in a brightly lit community college music classroom..and the music was basically just one long jam where everyone traded off soloing. It was all excellently played, precise, and fine, but it lacked any real excitement. Where were the songs? Why was no one singing? No moshing? (It was the 90s!!)

That, in a nutshell (a rather exhaustive/weird nutshell), is how I feel about FUSION BURGERS.

See what I did there with the whole FUSION thing? I amaze myself.

Overall FUSION BURGERS is a perfectly ok thing… the burgers are good and interesting and on paper it seems like it should be really amazing, but in reality it’s nothing special and is definitely lacking any excitement at all.

The first thing that I can’t get past in this place is the décor. The black and white marquee with the trying too hard logo doesn’t match the interior which is filled with glamour shot selfies of their burgers and mass produced artwork from Pier One randomly scattered on the walls. When you sit down there’s a seemingly fancy looking menu on the table but also a scratched out chalkboard version on the wall. Huh? The place is a design disaster and needs one of those cable shows with a mean person to come in whip them into shape.

On to the burger… I went with the server’s choice and let our poor overmatched server choose something that would impress the one who donned the burger hat of glory. I noticed that most folks were going with the simple House Burger, which I respect, but I was looking to be wowed. She selected the Hanbaga Burger for me, which is Japanese for “everything will fall out of the bun on the first bite”, which it did. After reassembling, I went with the cut down the middle and just let it slide all around. Overall, I liked the burger quite a bit. It was cooked how I like it (med rare), the bun was alright, the soy aioli with the melted parmesan made for an interesting flavor that I enjoyed. Mix that in with some sweet potato fries and cheesy tots, and it was a pretty solid meal.

Upon sitting down to write out this clearly fantastic review (that everyone is still reading, I’m sure), I went to http://fusionburgersla.com just to jog my memory a bit. I found that their website is right in line with the them trying way too hard to be something they are not. Hey, at least they are consistent! Check it out, it’s pretty terrible. My favorite feature (besides the slew of typos and awful formatting) is a weird timeline of the history of the burger which goes from the 14th century all the way to April 2012 when Fusion Burgers was opened… in just 5 easy steps! Amazing.

Okay, let’s wrap this up…if I close my eyes I really like Fusion Burgers. But as soon as I open them, it’s immediate disappointment. However, they get major bonus points from me because A) it’s walking distance from my house and B) they were playing the Suns game on the random TV and I’m from Phoenix, so that was cool (the Suns won btw). Soooo even though I think this place is kind of a disaster, it’s also kind of the perfect place to call ahead, pick up some burgers for the family (without spending too much time inside the establishment), and going home where I can drink a beer on the patio, eat some pretty delicious burgers, and maybe, just maybe, even enjoy a little Spyro Gyra.

“I cheated on the beef and got the turkey.  And it was awesome.  I felt like I had to confess that.” – Kristin G.

“A little too gentle with the tapenade and too strong with the cheese.” – Laura Katz

“Wine on my burger? No whining from me! Go Noir!” – Ryan Gaines

“Burger was slightly overcooked, but flavorful.  The patty wasn’t as tender as I’d like, and the lettuce was not very fresh.” – Sherwood

“Finally, they cook the patty correctly: a little pink and slightly juicy.” – Koichi

“Fantastic dipping sauces! I wanted to motorboat my plate and I did.” – Ivy Lee

“Above average, but not high enough.” – Garrett McElver

“This place is SOOPER TASTY and so nice.   James is sooo awesome!  He’s so great at typing and handling the BEU website and stuff.  I really appreciate him and all he does! :)” – Binks

“Not the best of the burger places BEU has been.  But, for a strip mall, I was satisfied.  Nice staff.” – Geoff Siegel

“Sun-dried tomato had an obtrusive sweetness.  I might have been better off with the classic though.” – Keith A.

“Perfect medium rare.  Burger itself tasted like it was fried in lard.  WIN.” – Jumee Park

“Sun dried tomato was a bit distracting.  Shouldn’t have eaten a sandwich before I came.  I got too cocky.  Also, I feel like I’m the only one who doesn’t like sweet potato fries.” – Lilly Reid

“The Simple Art Of Burger (Murder): The Pinot Noir sauce was creative and complimented the cheese well.  It also made my hands look like I had just committed murder, burger murder!” – Chris Piccaro

Out of 35 total BEU members in attendance, here’s how FUSION BURGER fared:

Oscar The Grouch beat out Oscar Pistorius in the “Who would win in a fight?” category. 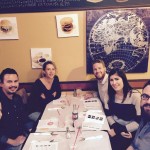 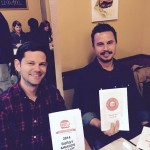 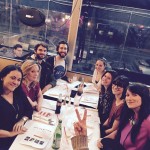 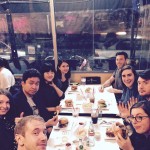 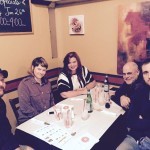 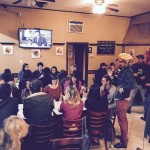 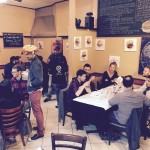 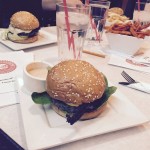 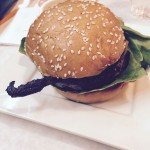 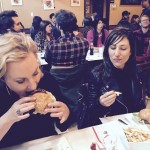 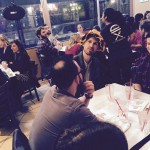 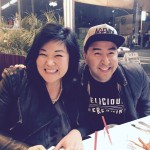 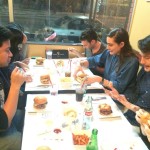 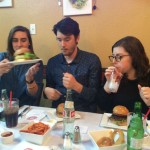 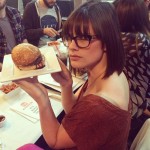 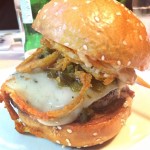 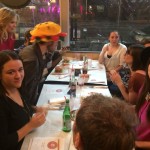 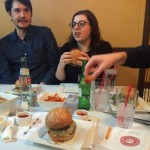 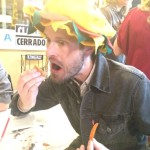 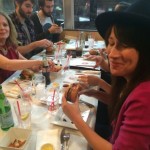 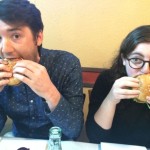 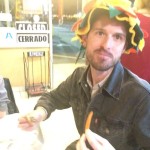 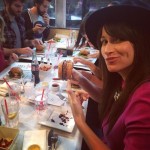 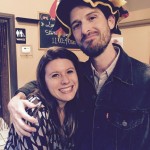 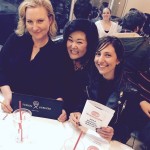 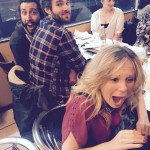