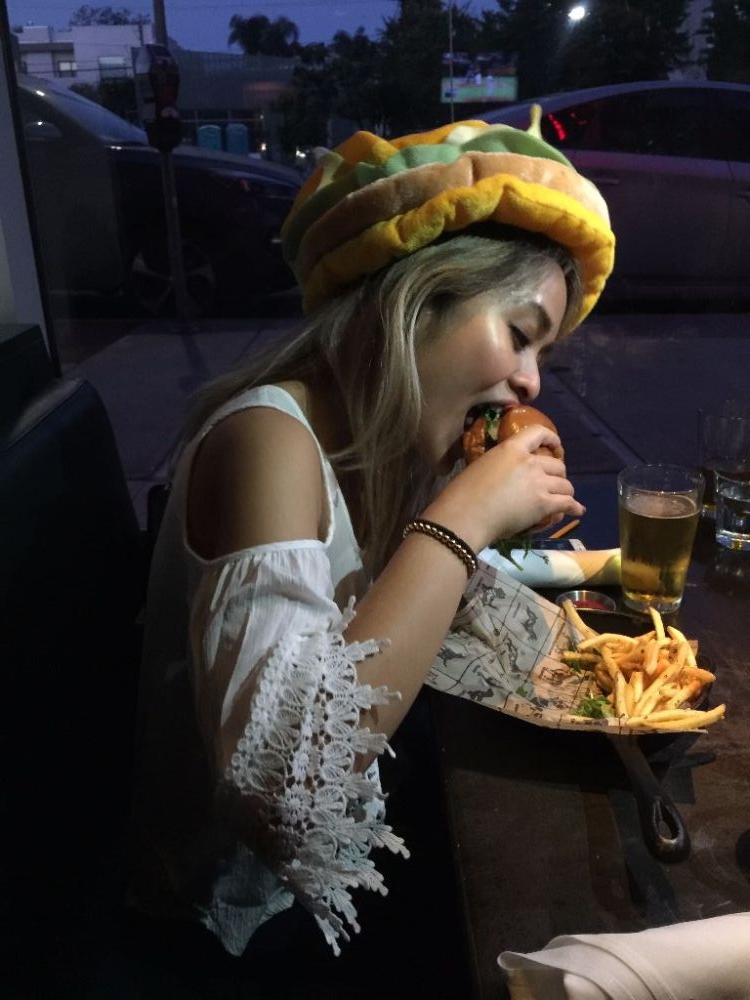 Burger hat on my head, with the night to begin.

Wonderland beer in one hand. nine dollars the cost.

But The Burger in the other, needed a lil more sauce.

Didn’t knock me outta my chair.

Donut get me wrong, the burger was fine

but the appetizer dish had stolen all the shine:

for letting me cop.

Out of 60 people in attendance, here’s how Fat Dog fared:

“Snoopy” beat out “Snoop Dogg” and “Snoop Lion” in the “Who would win in a fight?” category.

Jaden Larue: Yesss to all of it.

Alex Waters: Burger was kind of greasy. Bun was perfectly round, soft and puffy. Fries were good.

Liz Rogers: The aioli sauce made the fries

only one burger choice? I think they were a little overwhelmed.

Bridget: I wish there were a couple more choices.

Danielle Mignogna: Big, shiny bun! Unsure of the manchego at first but glad I didn’t try to substitute. Ate the whole thing, but it’s cool, I’ll be at the gym in the morning.

Paul Rocha: Ok, so this place made it to my top 10 of the past year. Maybe it’ll creep up to the tops. Very greasy but damn good.

Hannah Davis: I had the alternative (veggie) burger. Overall, it was very tasty. I did not like the sprouts on it, and the aioli was not great. But nice patty, bun and avocado!

Hunter George: Initial taste is quite flavorful, gives off a “Hi, I’m a burger!” Overall great but was cooked extremely rare. Well seasoned on the outside, but nothing on the inside.

Vitaly Shenderovsky: Despite the fact that it’s ON THE MENU, they wouldn’t let me add an egg to my burger because “There are too many of [us]”. Really? It’s one egg bro, come on! The burger was fine tho…

Paul Crary: Bun was worth it!

Tiffany Su: Thankful for dogs. That’s all. Shout out to Buddy the English Bulldog!

Koichi: The one to beat. Perfect buns.

Isabella Russo: The fries tho!

Talia Rubino: Burger was good, but I ordered it medium and it came out rare

fries were great. I wanted to see more dogs though.

Garrett M.: I’ve missed the last few BEU’s and this was a terrific return to the group!

Andrew Hawthorne: Manchego cheese is a rare choice and I love it. My bun was very shiny.

Taylor Olson: I had the alternative burger and it was BOMB.

Jamin: The burger meat was the best part, but the rest left a bit to be desired…

Tim Bern: I like the skillet that my burger arrived in. The fries were good and burger all around tasty.

binks: This was surprisingly delicious, considering the number of people and the bar sensibility. My buttered brioche bun was delicious enough that I ate it alone (fat, sad, don’t judge me), and didn’t even finish my patty. Patty itself was overcooked and, a few bites in, had little flavor.

Madonna Wade-Reed: Liked the peppery arugula against the buttery bun. 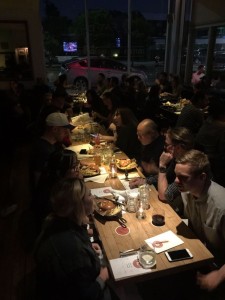 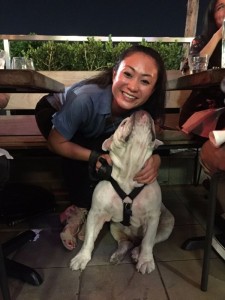 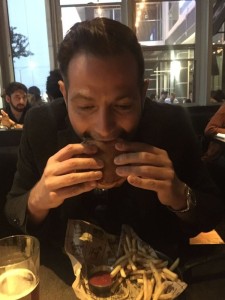 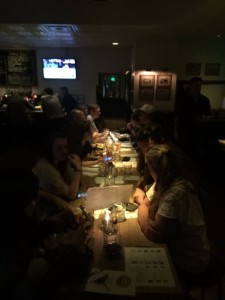