With a small crowd of warriors willing to travel to the Westside, not invited to a Holiday party and far too cool to stay at home or be out of town we assembled at City Tavern to see what meaty goodness they could throw down.

Harkening back to those middle school dodgeball game memories I so want to forget, I was crowned guest blogger of the month by virtue of being the last one picked.

Despite my own reluctance, I must admit I immediately felt the power that comes with wearing the Burger Crown (some may prefer to call it ‘hat’). As Voltaire once said, or maybe it was Uncle Ben, ‘with great power, comes great responsibility.’ And as I find myself wearing this large velour cheeseburger crown, I realize that I am responsible for giving you the illustrious BEU readers an honest, brave, hard hitting report, one to make the great Katie Couric proud, on THE CITY TAVERN BURGER.

Though initially (and rightly) known mostly as the first bar in California to have Table Tap Booths allowing patrons to pour themselves a pint from three beer taps all from the comfort of their own table. Word began to spread through Los Angeles of a delicious burger served on a pretzel bun.

Despite having spent many an hour at City Tavern exploring their fantastic and ever revolving beer list, I had never tried the burger I had been hearing so much about. Never, until that fateful mild December night.

Though the beer options are many, the burger options are dos. The CT Burger or the Brew Burger, that is the question. For me, the decision was simple. The CT Burger is made from Creekstone natural beef and topped with Thousand Island dressing, lettuce, tomato, cheese, onion and pickles. The Brew Burger comes with pub cheese, mustard aioli on their famous pretzel bun and is literally topped with a vodka-battered onion ring. They had me at ‘vodka!’ Also ‘aioli.’ But mostly ‘pretzel bun.’

With the sweet smell of beef in the air as our plates arrived, we were surprised to find the manner in which they were presented to us. Like King Arthur before us, we were made to prove our divine rights by pulling the sword knife from the burger stone and declaring ourselves rightful heirs to the burger we so longed to put in our mouths. In a series of transcendent moments, all of the BEU disciples accomplished their feat and consumed their divinely appointed burger.

The burger was cooked perfectly to my liking (medium) with the cheese just oozing off the bun. And what a delicious pretzel bun it was! Some may be less inclined to go for the salty flavor of a pretzel bun, but I found it to bring out the juicy meaty goodness. With the mustard aioli adding an extra pop of spicy flavor, I was quite pleased with my burger experience. Aside from the added taste, the prezel bun with its crispy brown crust helped to keep the burger together. I’m always bothered when my burgers fall apart in my hands because of a weak bun, but this Brew Burger had strength.

The one mark on an otherwise glowing review was the onion ring. That shit was weak. Maybe I was too excited by the promise of an onion ring battered in vodka because what I found was just a plain ol’ onion ring I could have picked up from the frozen foods section at Vons. It did make for a cute crown on the burger though, so props for the décor!

If all that sweet meaty goodness wasn’t enough, the air was made all the sweeter by our special holiday treats: mint scented burger air fresheners!! A stellar reminder of what we have to be thankful for as the year comes to a close and what we have to look forward to as the next year progresses.

A Merry Beef-mas to all! And to all it sure sucks to have not been there!

Out of 16 total BEU members in attendance, here’s how City Tavern fared:

Who would win in a fight?

Here are the comments from our BEU members about City Tavern:

“Could have used a slightly larger portion….(That’s what she said)” -M. Baiardi

“Thanks to BEU my car will now smell like meat and cheese!! Oh wait, like mint patty, rather.”

“Never let Rebecca go on a date with me again.” -Paul Cristo

“Burger overcooked – feel like I could have made a better one.”

“Aside from the fact that every good burger should have fries included and this one didn’t, I thought it was a pretty good burger.” -Lojax 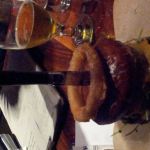 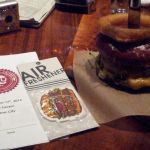 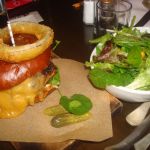 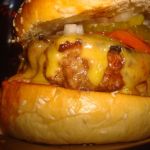 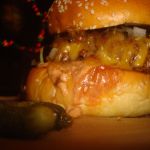 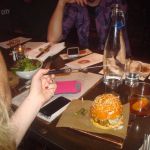 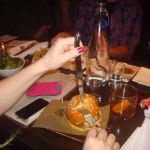 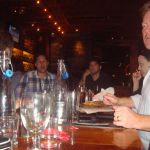 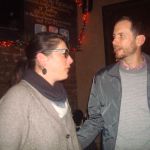 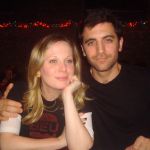 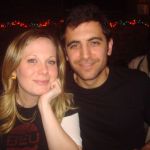 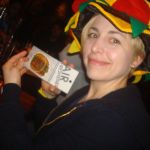 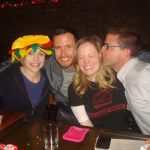 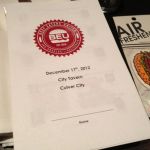 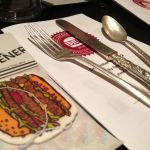 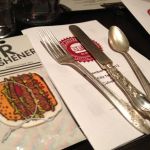 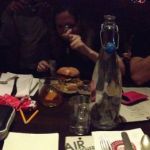 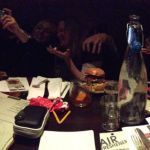 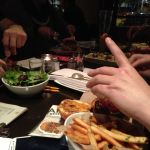 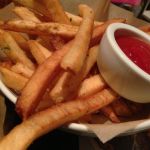 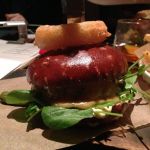 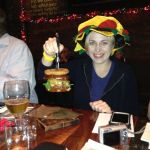 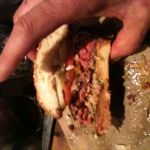