The first few bites were amazing but the aioli sauce was a little overpowering though.  They had a great selection of craft beers too.  We had a great group with us to celebrate Aaron Monty’s birthday.  The kitchen was a little bogged down and the burger took a while to get to us.  But it was worth the wait.  The waitress was really nice and split up our checks individually, even though there was like twenty of us.  Woo-hoo Blue Palms!!  Check out the other comments about the restaurant from the rest of our beef eaters below.

Additional Comments:
This burger is too rich to finish. P. Perera

The burger was surprisingly bland for having short rib on it. It was medium instead of medium rare. -M. Sherwood

Gets soggy fast but damn tasty. Good Slaw. They split checks at the end. Win! -Koichi

This was just ok. I was pretty hungry, so I nejoyed it overall, but I know the kitchen was swamped and therefore, burgers were slow and maybe overcooked. Sweet potato fires and onion rings were super tasty, however. -Binks

Out of 22 total BEU members in attendance, here’s how Blue Palms Brewhouse fared: 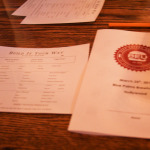 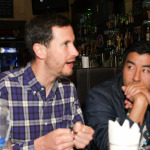 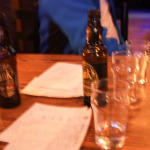 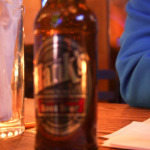 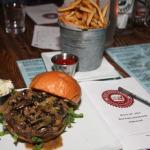 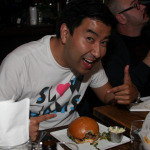 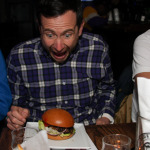 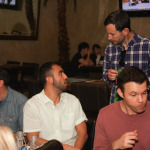 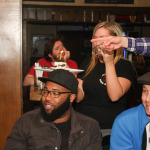 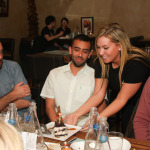 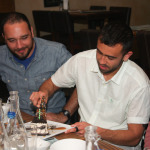