I put on my burger hat and started to mingle while looking over all of the awesome burger combinations. How to make this decision? My first instinct was the lamb burger, but then realized this is beef eaters and as the blogger I should probably get something with a traditional beef patty! It became a decision between the classic all American or something a little more elaborate. Nothing beats a good classic burger, but with the amazing burger hat atop my head I was feeling quit fancy! ABC Burger it is!

I will say my one complaint was with the brie. It was a little lacking in that department and I can always use more brie! But the real issue was not only the minimal amount but the small amount they did use was all plopped on one side. Barely enough to spread around.

All in all, this burger was actually pretty good and the company, as always, was fantastic!

I would like to give a big shout out to anyone who ordered a peanut butter and jelly burger! You are nuts!

Hope to see you all at the next BEU!!!

“The burger was overcooked, and the meat was not very flavorful.  The toppings were the strongest part of the burger.  They also had WAY too many burgers on the menu.” -Michael Sherwood

“Surf and turf all rolled into one fun burger?  Game on for sushi burger.” -Ryan G

“The burger was good, but the bun was overpowering and there was not enough 100 island dressing.  Plus it was held up very well.” -Miles Catalano

“The concept of these burgers was AWESOME.  The execution..I’m on the fence.” -Jackie Shuman

“I spent $14 on a peanut butter and jelly sandwich with beef in the middle.  And it was awesome.” -Kristen Bushnell

“I had the ‘Napa Burger’ which has goat cheese.  I love goat cheese, but I’m going to be honest, there was a little too much.  Things got messy.  Otherwise, tasted great! A” -Garrett McElver

“I wish I could eat all burgers on that soft buttery brioche bun.  Fries were bomb.” -Kristin Genovese

“I enjoyed this burger although I always have my mind on the ramen burger.  That minx.” -Lilly

“Garrett McElver talks too much.” -Cheapshot

Out of 17 total BEU members in attendance, here’s how 26 Beach  fared: 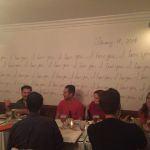 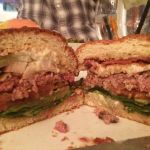 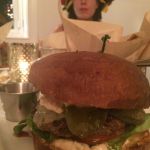 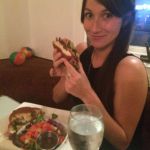 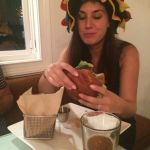 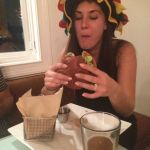 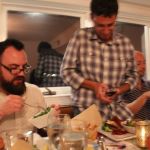 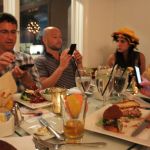 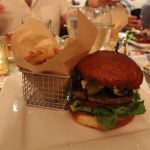 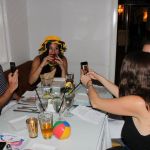 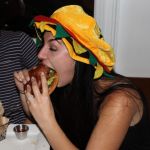 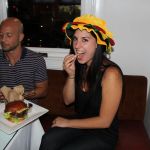 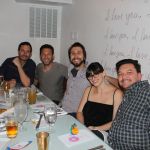 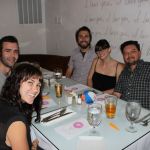 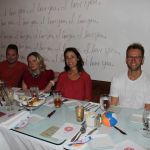 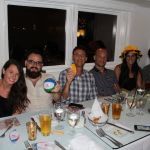