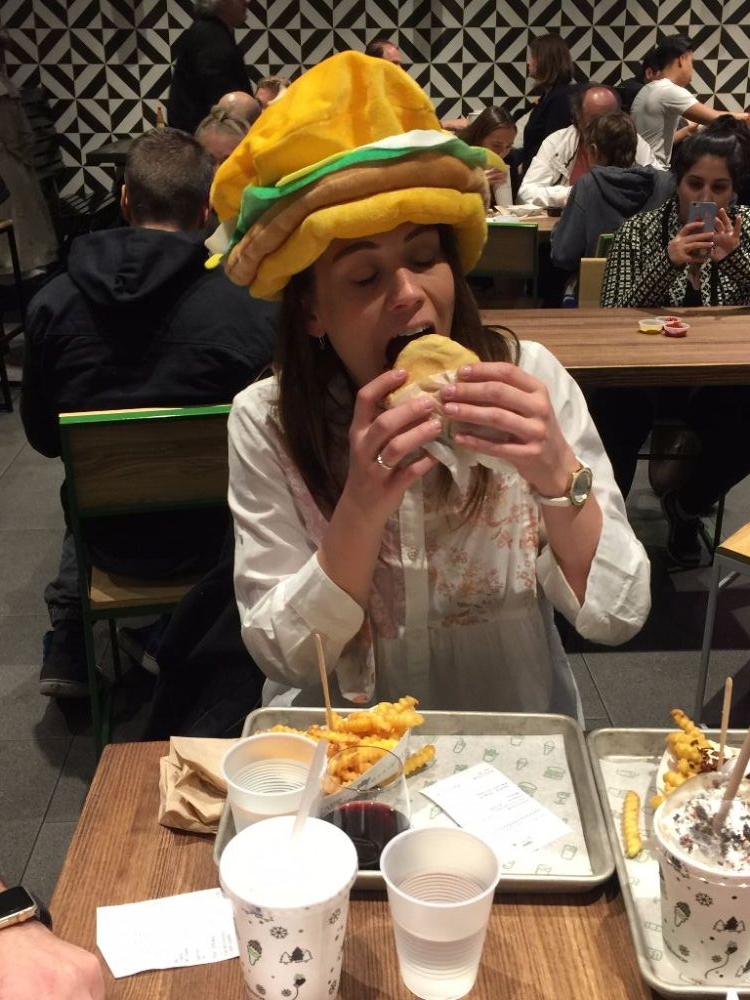 Episode One: “The Rain Won’t Stop Us Now, but Dry Heaving in the Bathroom Will”

I have to be honest. I wrote a positive review in anticipation of having a favorable experience at Shake Shack. Now, I’m forced to reconsider. Being anointed the “Official Burger Blogger” bears quite a responsibility, especially when writing about Shake Shack. The SS community loves, and I mean LOVES their Shake Shack. It’s our content manager’s favorite place in the world next to Italy. The SS Lovers mandated positive reviews at BEU in the same way that Trump forced his wife for a vote on Election Day. So, with the intensely strong opinions of the Shake Shackians, to write a less-than-positive review could feel like election night all over again, and I don’t care to end my night curled up in the fetal position drinking heavily, crying and making plans to move to New Zealand. With both sides considered, here is my original review with some ‘minor tweaks’ to illustrate the events of the evening a smidge more accurately than originally anticipated:

The line was long abbreviated and the smell of cheese fries lingered in the air….even in the pouring rain…in LA! As much as healthful LA is full of vegans and yogis, we also LOVE OUR BEEF, and our Shake Shack, for that matter (well, at least the East-Coasters). So what’s all this Shake Shack hoopla? They say life is what happens to you while you’re busy making other plans. I say life is what happens while you’re eating leaving Shake Shack.

My first Shake Shack experience was in NYC several years ago…and I hated it. Yep, sure did. The crowded interior felt like we were being pushed like cattle to be butchered ourselves. Ironic that we were there to eat beef. The huddled cafeteria-style restaurant is not really my thing. Shake Shack was not looking as though it had a future in my life UNTIL….

One rainy December night in LA, some crazy eccentric music people and beef-eaters decided to bring it to the present at BEU (thanks Cheapshot, but mostly Brayden). On top of that, I was to be the judge and blogger of the evening. Wow, compounded problems. I couldn’t bear the devastation if people knew I not so secretly hated it. NO, Shake Shack. I will take you on and review you with honesty and dignity. So, I put on my heavy coat and jeans that are a size too big, curled my eyelashes (you never know who you’re going to meet over a burger at Shake Shack- oh right, I have to wear the burger hat. Sigh…I’ll put on perfume) and headed out into the rainy LA evening to eat some beef.

And the verdict is…Success! fascinating burgers. Wow, Shake Shack, you’ve really gotten your shit together nothing has really changed since my first SS experience in NYC (except for progression in my own life and of those around me). Either that, or I have not come around and crossed over to the dark side. Down the Shake Shack rabbit hole, as they may say. The best part of dinner was the wine, even if it was in a plastic cup. Good strategy on Shake Shack’s part. Like a Hollywood club at the end of a grueling night, everything seems more appealing with vodka tonic goggles on. The burger was normal, plain and delicious extremely satisfactory and just a hint less pungent than McDonalds. Those cheesy fries were a whole heap of crinkled goodness with an amazingly ooey gooey nacho-cheese-looking bang on top not cheesy. The burger was perfectly medium rare, as every burger should be cooked the same for everyone because there is only one-way to cook the limp, malnourished, so-thin-you-question-if-there-is-any-beef-in-that-burger patty. But of course in any dining experience, it’s your friends around you that make the difference in enjoying every bite. Actually, no, it’s the burger…and this burger was everything I remembered it to be from my first try in NYC (minus the hoards of people). Some things don’t get better with age. But, hey, if you’d like to enjoy some Shake Shack, just think of it like an ex- going into it may seem like a good idea, but just know you may end up dry heaving in the bathroom and regretting your decision for months, if not years, to come.

My heart grew 2 sizes that night and made a little room for Shake Shack most likely from cardiovascular disease.

Until next time, Shake Shack, and there won’t will be a next time unless I’m drunk…

Out of 22 people in attendance, here’s how Shake Shack fared:

“Kevin McCallister from Home Alone” beat out “Real Life Joe Pesci” in the “who would win in a fight?” category.

Michael Sherwood: Delicious burger with great ingredients, but you can’t escape the fact that it’s a fast food burger at a premium price served at sit-down restaurant speeds. Fries: 10. Lemonade: 10.

Ryan Ealum: As sir Channing Tatum once said: “Life is too short to miss out on the beautiful hings like a double cheeseburger.” These words have never been truer after a night at Shake Shack.

Kristen: I’m sad to say that SS did not live up to my expectations. =( BUAGH!

Natasha Albert: Despite her best attempts, and her innate ability to charm and inspire everyone to be their best self, Kristin Genovese could not inspire a food related comment from me.

Andrew Hawthorne: I think I have to admit Shake Shack > In-n-out on the taste factor.

Mike Locke: Don’t ban me for getting the chicken, but it was delicious.

Brayden: Got a little sick from the bacon burger and the fries were as salty as I was about it.

Binks: East Coasters are completely fucking high. The patty had crispy edges and tasted OG, but was well done and super flat. Bun was tasty Hawaiian style, but so thin as to be sort of like a smashed dinner roll, rather than an actual bun. The salted caramel shake was good. And I’m seeing Metallica tonight. So, there’s at least 2 things to be stoked on. Santa should bring Shake Shack an In-n-out for Christmas.

Peter Wade: It was raining, I got wet, I ate my burger, I didn’t care that I was wet! 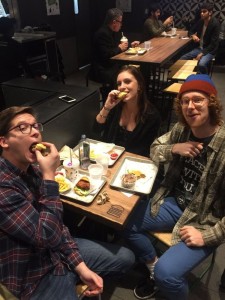 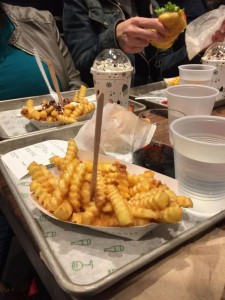 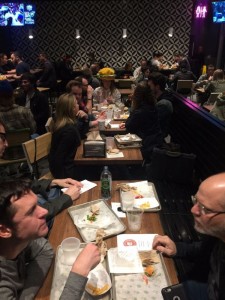 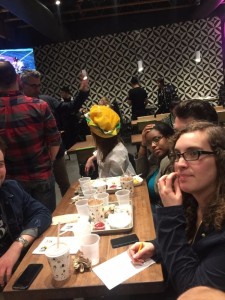 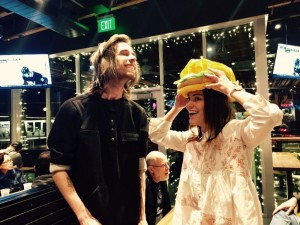 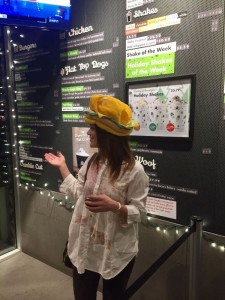 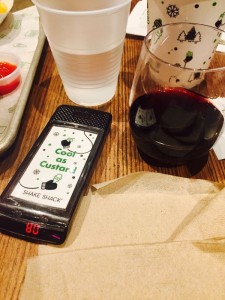 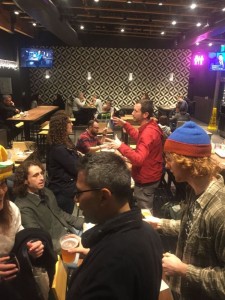