Now, firstly, you have GOT to respect a people, a language, which had the necessity to come up with a word that meant ‘many burgers.’ “You know…we are always wasting SO much time saying things like ‘multiple burgers’ and ‘many burgers’ because we are constantly surrounded by plethora of burgers, let’s do something about that.” Not a terrible problem to have (#hebrewproblems ?)

Secondly, the name does not disappoint. The concept of Burgerim is small slider style burgers so you can have “many burgers” and try out different combinations they have. I myself went with the Kobe and Lamb, each with it’s own specific accoutrements. Each burger comes with lettuce, onions, tomato, mushrooms and pickles with cheese and avocado for an additional charge (lame). You ALSO have the choice of adding some Mediterranean twists such as tahini, hummus, harisa sauce, garlic aioli and Moroccan tomato salad. Clearly, I went with the classic additions for my Kobe burger and the Mediterranean touches of tahini and harisa for my lamb burger (I’m a bit of a sucker for staying within the zone of flavor palettes). One could also have gone with (yes, a colon is necessary here folks, this is a LIST):

The usual suspects of sides were here as well, sweet potato fries, shoestring fries and the very delicious onion rings. AND there was this crazy soda machine from the future that was advertised as supplying us with 140 flavors of soda although for some reason they had no diet soda options. AND they had Beignets (donut holes really, stop trying to be so fancy).

Does it seem like I’m rambling on? Well that’s because this menu was a bit of a shitshow. As an establishment that caters to the simple and classic burger (and one that’s décor/environment leaned fast-foody) there were too many options, and I LOVE me some ‘many options’ (optionerim perhaps?) The service was friendly and speedy but I have a hunch that’s because most of these meat patties are pre-cooked. They were slightly dense and mine came out a bit colder than I normally consume my meat. The overall taste was pretty good but slightly underwhelming. The lamb burger was by far the best burger I had, but that might have been the exceptional spreads I spread ALL OVER IT. I also heard some raving over the crispy chicken with the one critique of it not being sauced enough. I will say this, however. Visually, these were the cutest god damn burgers I’ve ever seen. The buns where shiny and plump, all of the goods of the burger were neatly stacked and contained and they had adorable little identifying flags that were stabbed into the bun so you knew what you were eating. It was all just real cute. Another plus? Bang for your mothaf*ckin buck! I walked out full and satisfied for around 10 dollars.

In conclusion, while satisfying and visually stimulating, this was not a burger to write home about.

“Remember Burger Buddies from Burger King? I do.  They were a thing for a while.” -A. Monty

“My burger was way too well come, and they didn’t even ask me how I wanted it cooked.  But, maybe I’m just cranky because I’m too hot in my burger sweatshirt.” -Binks

“My burger tasted like a falafel!  But the kobe rocked.  Thank you!” – T. Wax

But is a fun option for drunk sliders.” -R. Krimbel

“Turns out grass-fed isn’t my thing.  If I’m signing up to eat a burger for the health factor is out the window from the start.  Buy the ticket, take the ride.” -D.  Cournoyer

“Out of the kobe, cristy chicken and the mergez, I say crispy chicken takes top bill.  Adding garlic aioli spread was clutch though as it might’ve been a tad dry.” -C. Restivo

“The burgers had great flavor and were the perfect size.  The staff was well versed on which spreads to go with what type of burger.  Overall great burger.” -J. Smith

“Extra points for the most bad ass space-agey soda machine of all times!!” -J. Hale

“I really wanted to like it but I wish I had he chicken=(.  Burger Lounge is still a fav! The peach soda was good though” -E. Elbe

“The Mergez reminded me of a crunchy taco at Taco Bell.” -D. Hopper

“Horrible that they ran out of diet coke.  The tomato was super small.  Super-meh overall.” -M. Montiel

Out of 32 total BEU members in attendance, here’s how Burgerim fared: 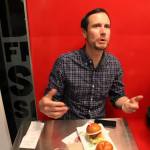 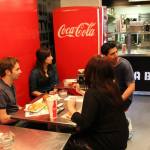 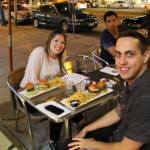 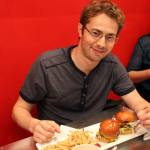 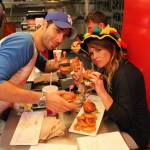 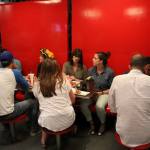 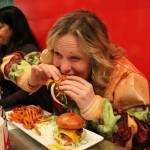 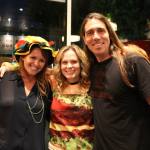 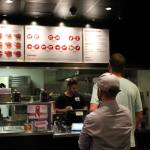 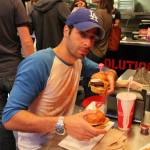 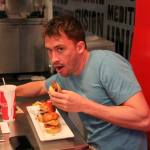 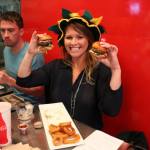