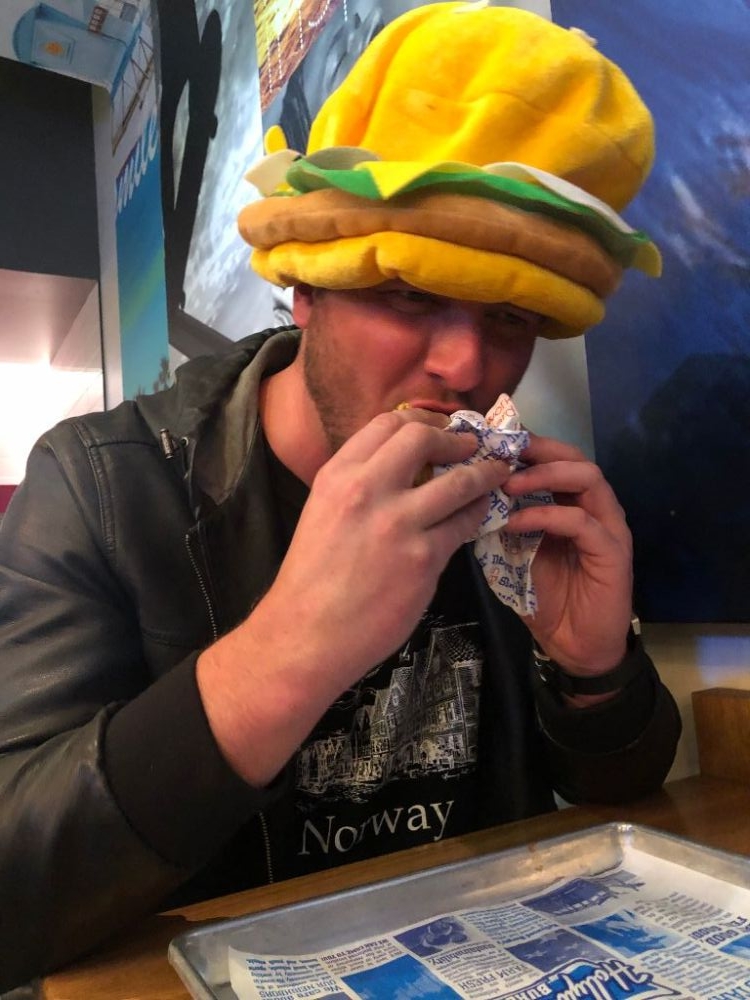 Look – we are all a part of “The Biz” and as such we all lead VERY Hollywood lives. Whether it’s outrageous wealth, diva tantrums, sunglasses, free stuff, dietary restrictions, therapists, yoga, avocado toast, or scandalous scandals, we are all deep in “The Scene.” So what do members of the Hollywood elite eat? Kale salad? No. Avocado toast? Never. Chilean Sea Bass? Nah dog. Hummus? Too much cholesterol! (Remember when that was the enemy and we weren’t supposed to be eating eggs??? Whatever happened to that? Oh well – a simpler time). Non GMO, gluten free, raw vegan (look it up it’s insane), cage free cruelty free smog infused Los Angeles air? Kinda don’t have a choice on that one… but still no! RED MEAT HAMBURGERS. At least one everyday. Gotta keep that body tight!
So for BEEF EATERS UNITED #87 we went straight to source. HOLLYWOOD. BURGER. I don’t know about y’all but I got the Blockbuster (RIP) BBQ Burger and it was great. Cheddar, crispy onions, BBQ sauce, and that spiiiiicy slaw… yumz. I chatted with some good peeps I know and met some good peeps I hope to get to know better. We laughed, we ate, I cried, and I wore the hat! “You better not take that hat off again!” I put the hat back on. Happy to wear the hat and I won’t take it off again. I was talking to Vince about something serious so I took it off but ya know what? Even if you are talking to Vince about something serious ya still gotta wear the hat. It won’t happen again!
In summation (pretty sure that’s not right), the BEEF EATERS UNITED and we did what we came to HOLLYWOOD BURGER to do – eat burgers and enjoy. I ate a great burger and had a great time. It been real fun getting to know more and more people in this community of the Hollywood Elite and I look forward to continuing to do so. I will see y’all at the next one and we can plan to synchronize our spa days? No? Yes? Still no? Yes yes? Hard no? Ok. I gotcha. I said it was a joke! Haha…imma just take a quick lap over here…

Out of 32 people in attendance, here’s how Hollywood Burger fared:

And the classic Grinch beat out Jim Carrey’s Grinch and The Santa Clause in the “Who would win in a fight?” category.

Sarah Scarlata: No frills, good time burger joint. How do they afford that Hollywood Blvd rent? There miiiight be a Breaking Bad situation in the back room…

Vince Villanueva: Looks can be deceiving. The appearance was not impressive, but it was redeemed by its taste. While the burger won’t earn a star on the food Walk of Fame, it can be in the Christmas Parade. Merry Christmas!

Brad Burnside: I had the black bean burger. I’m in an existential crisis. Try the tots w/ranch – classic!

Brayden: Damn solid burger! Meat was well-seasoned, and you can top your burger with onions, pickles, and jalapenos for free (which should be a given in most places, but is unfortunately a rarity in these trying times). Not bad at all!

Luke Phillips: Good burg. Comparable to Fatburger, but cheaper. Not quite as good but still solid. Red onions ruled.

Natasha: You know what? Yum! 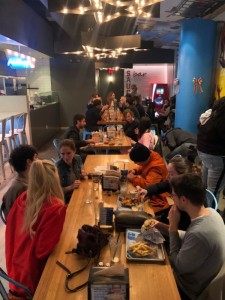 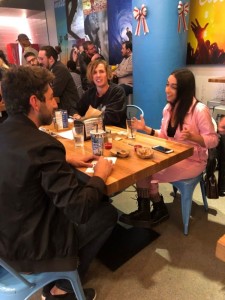 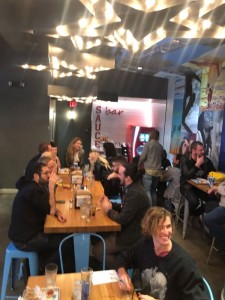 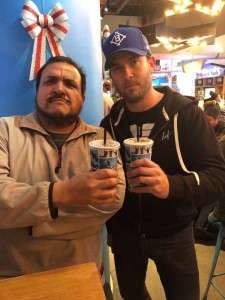 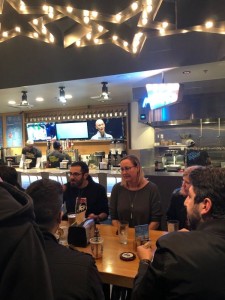 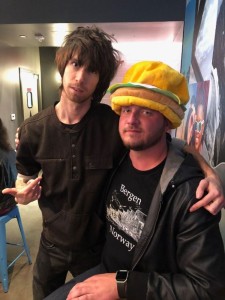 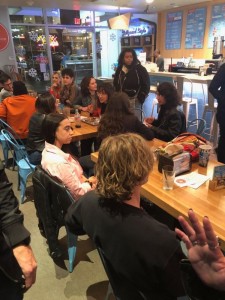 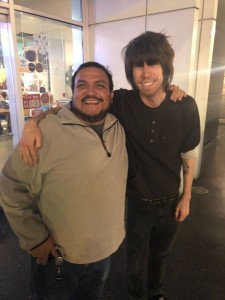 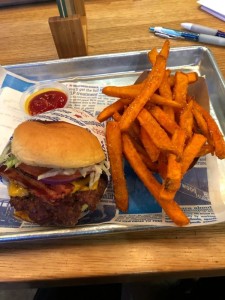 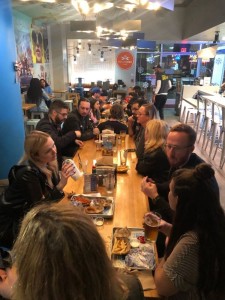 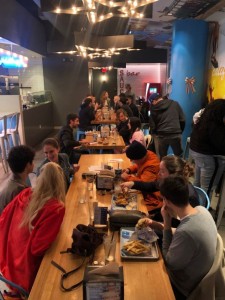