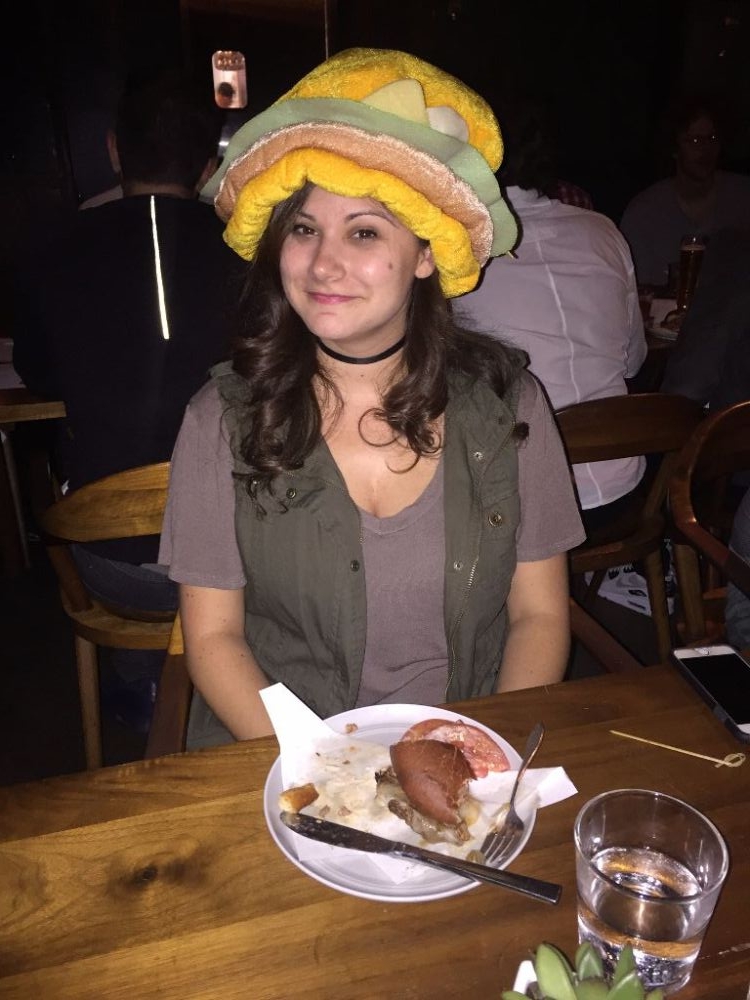 gonna go ahead and say is way fancier than my whole lifestyle. I’m still processing so

give me a second to compose myself, let me consult all of my notes, and, baby, I’ll tell

you how it went down. But first, the restaurant door was an illusion and I’m not over it.

Up until now, all the burgers I’d experienced were the regular American kind. But I’d

never had one with a Japanese twist. Looking at the ingredients, I knew this burger was

gonna be something special. There was some hot peppers, sharp cheddar cheese and,

let me tell you, a honey potato bun that was delicious. Also, it had tonkatsu sauce, if

you want to explain to me what that is. The whole experience was a total delight, right

down to the service. We had just one waiter to serve about forty of us in attendance. I

never would’ve thought it could be done so efficiently. But man, this guy nailed it!  I’m

gonna call him Steve.  Thanks Steve!  Moreover, it felt like we pretty much had the

run of the place as we were put in a private space in the restaurant.  By just looking

around at the other customers you could tell they were jealous.  They dressed nice

and all but we were wearing hoodies and eating burgers!  At one point, I needed to

desert my fellow burger eaters to check out what was happening by the bar.  And

you would be delighted to know that they were muddling up a storm. Now usually I

never talk to strangers but I was feeling friendly. I had asked the bartender if he was

make him feel too slow and heavy. We shared a laugh but really I judged him. I guess

you had to be there. Everything went down without a hitch except when I wanted to

cry because Cheapshot never arrived! He was too busy kickin it with Brian McKnight.

Never do that to us again! When the meat sweats finally started to kick in, which was

gonna happen since every burger had two patties, we got up to stretch our legs and

say hi to our BEU friends sitting across the room. After catching up, it was time to say

goodbye to a special night. I learned that you really need to wear the burger hat and

never let the burger hat wear you. This is an important responsibility and I’m not just

gonna throw it away with some jokey shtick blog. It’s important to take it seriously and

tell the truth. People will read these blogs years from now and know that we were

a passionate group of beef eaters. If I’m going to leave you with one sentiment, I won’t

lie, I will just say: if you can find the illusionary door, you will enjoy dining at Hinoki

and the Bird. Its burgers are only served a few hours a week, so try not to be butt

hurt about realistically never getting to eat one again. It’s chill because just maybe if

you look hard enough, you’ll find that there was a burger inside you the whole time….

Out of 40 people in attendance, here’s how Hinoki and the Bird fared:

Sexy Ken Bone beat out Sexy Hillary Clinton and Sexy Donald Trump in the “who would win in a fight?” category.

Cory Shackelford: I want to come back here for the noodles

Garrett M.: I have nothing clever to say because I genuinely really liked the burger. Very impressed. P.S. Cheapshot didn’t come because he was hanging with Brian McKnight!

Justin Kamps: It was so dark in there I’m fairly certain I was sitting by friends eating a burger.

Patrick Clancy: Holy moly that was so good. Probably the biggest BEU burger yet! I think the reason we didn’t get fries is because they ran out of the big plates…

Eric Moromisato: Not sure if a Japanese made that burger

Shannon Murphy: Gluten shaming from your server is an epidemic. But the burger was great!

Michael Sherwood: This is easily one of the best burgers I’ve ever had. The patties were perfectly cooked highlighting the tang of the meat. The spice and sweetness of the burger were well-balanced and not overpowering. The only weak spot was the bun, which could have been more moist and crusty.

Tina Chen: It was kind of hard to find the entrance to this place. The pepper and sauce were tasty, would come back.

Brayden: Yeah, finding parking was almost as hard as finding the door, but that burger was seriously insane. The peppers were perfect.

Vitaly Shenderovsky: Wish we had fries

Patrick Buchanan: I finished that burger in 3 mins; the last time I paid $20 for 3 mins of pleasure it ended in tears for everyone involved…this was not the case this time – I loved having the burger set in front of my greedy, carnivore face. That is the kind of service I can only dream about in heaven after sexy Ken Bone seduced me into eternal slumber.

Nick Koletic: Patty needed more char, way too much meat for my taste. More veggies for some balance and harmony

Jackson: The all too rare occasion where the delivery meets the promise!

binks: Ok, so Hinoki knows what’s up. It’s fine dining, but down with the burger squad, and it delivered hard. So tasty and so concerned about keeping the group fed and happy. Thumbs up!

Antony Bland: Lovely to experience varied tastes with each bite.

Andrew Hawthorne: @Brian Naguit: “Has the blogger hat ever been washed?” #QuestionsThatNeedAnswers

Koichi: #DBLPATTY, incredibly impressed at the attention given to the service. 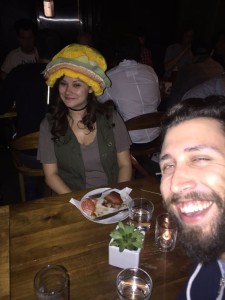 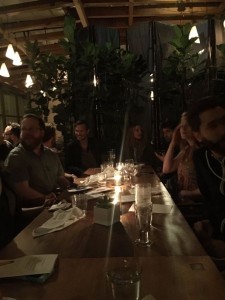 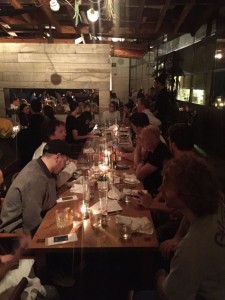 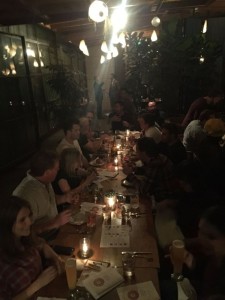