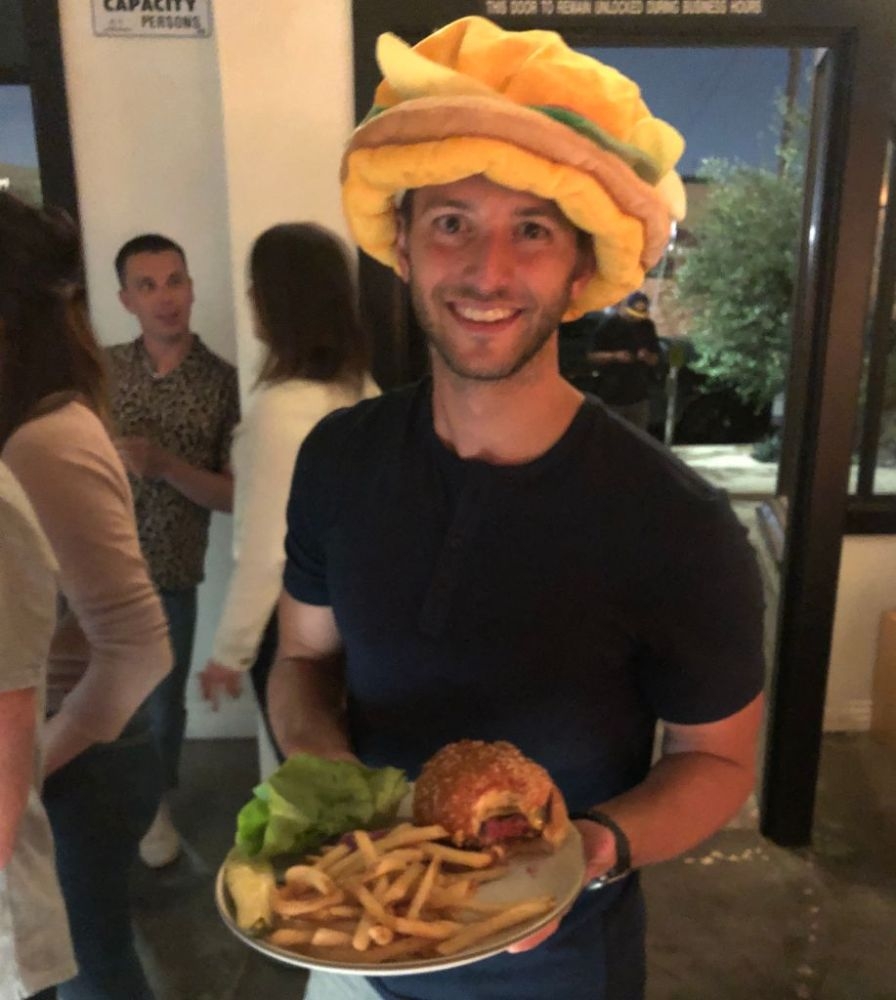 FULL DISCLOSURE: I do not blog. It’s not my thing. It used to be back in the 2000s when I had Xanga and Livejournal, but I’ve gone back to it for some digital nostalgia, and boy was it horrifying. It was like taking a look at a yearbook with inside jokes that you may or may not remember anymore. Anyway, this is a round about way/excuse to say that I’m sorry I haven’t submitted this review that was supposed to come from the BEU event in July.

ANOTHER FULL DISCLOSURE: My digestive system is the worst. The moment I turned 30 in 2017, my body decided to revolt against me. I’ve always been lactose intolerant, but I learned that garlic, onions, honey, and other high FODMAP foods destroy me. Technically, I can’t eat pizza or a cheeseburger unless if I want to “take one for the team”. Sadly, I did not sacrifice my body for the burger I had, and I’m glad I didn’t.

With that being said, I did have a burger with no cheese, no tomato, no onions. Basically, a plain-ish burger with the harissa mayo, lettuce, pickles (ALWAYS EXTRA PICKLES), and a side of regular fries. Based on the limited amount of space the venue had, and how crowded it was on a hot July night, we were about to be set up for failure. I didn’t have a seat at a table, which was the same for others. It took 15-20 minutes to order due to the overwhelming amount of people. The waiters seemed anxious and overwhelmed. When I finally received my burger (requested medium), it came out more rare to medium rare than what I requested. The burger was ok but I wasn’t thrilled at how rare it was. The harissa mayo and the sesame bun was good, but it didn’t make up for the meat that I was expecting. However, many of us did say that the fries were excellent. Crispy but with enough potato substance to not have an overly crunchy taste.

If anyone had the Five Leaves Burger (grilled pineapple, beets, mayo, and sunny up egg), I hope it was better than what I had. I’m hoping in the future, there will be a better burger for me to “take one for the team”. In the meantime, I’ll continue the search for my favorite LA restaurant burger.

*editor’s note: turns out there WAS in fact cheese on Eric’s hamburger…he did, in fact, sacrifice his body for this review. RIP!!

Out of 60 people in attendance, here’s how Five Leaves fared:

And high fives beat out low fives in the “Who would win in a fight?” category.

Joey Goldberger: Not even a night of staring at Scientologists could distract from a top-notch burger.

Jon Hafter: Lots of things on a burger don’t matter if it doesn’t add up to a tasty burger. All was ok but nothing special except my server was nice and my negroni was good.

Hannah Davis: I ordered my burger medium and it was way too rare.

Brayden: Pineapple? Beets? Eggs? ALL of it?? It was a weird idea, excellent execution. One of the finer burgers I’ve had at BEU, but honestly, the real star was the truffle fries. Just the right amount of crispness, salt, and thickness. Wowza!

Tiffany Su: The veggie burger was not quite up to my standards. It got the job done, but meh.

Alex Waters: Finally some french fries I can get behind. Delicious.

Patrick Clancy: For a $20 burger you’d think it would be the best burger ever. Good? Ya. Great? Sure. The best? Nah.

Natasha Albert: Crumbly & dry but thankful they had a veggie version anyway! The fries were to DIE for. And the company was great as usual!

Stone Irr: Thought the beef was a second patty – but was not disappointed when I bit into my burger. Pure. Flavor.

Luke Phillips: The best BEU burg I’ve had yet. A festival of flavor. This burger spoke to me the moment I saw it on the menu.

Paul Rocha: Best burger I’ve had in a while. 5 snaps + a circle! 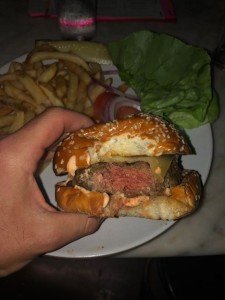 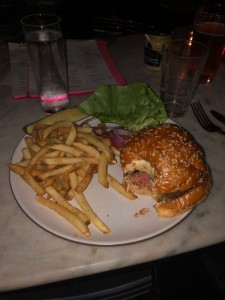 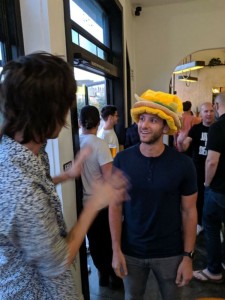 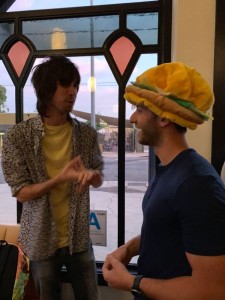 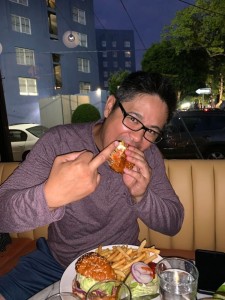 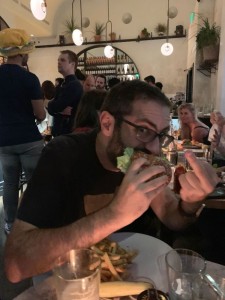 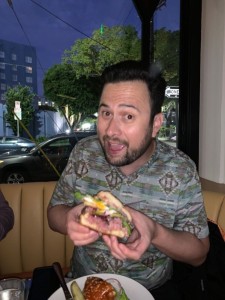 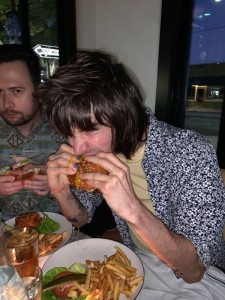 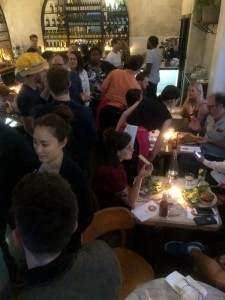 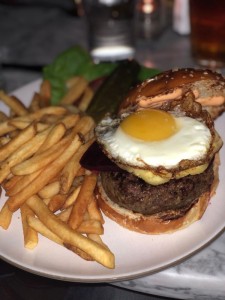 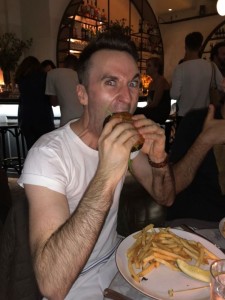