The regular fries and sweet potato fries were average. Nothing special stood out too much but they did complement the meal. However, the brownie ice cream desert was amazing. I only had one bite and that was all I needed to be convinced.  They have a variety of cheese to choose from like Tillamook Cheddar, Gruyere and even a market selection that varies. The premium toppings were were popular among our group too. Several people added the Fried Egg and Fried Onion Strings to their burger. The sauce selection and taste was fantastic too. I had the Roasted Garlic Aioli. Others at my table had the Chipotle Aioli and Sweet BBQ sauces and there were no complaints. We even doubled the use for our sauces to go with our fries.  As for the bun, people said the regular hamburger bun was great. There were mixed reviews on the multigrain bun.

Now we look at the negatives about the Counter.  Several people complained about the English Muffin. One BEU member simply commented “English muffin = no bueno.” If you’re a restaurant who’s going to serve English Muffins as one of its premium buns to wow us, then don’t serve us month old bread! I personally thought the Multigrain Bun was the key ingredient to ruining my burger. The already over cooked dry patty and the super dry multigrain bun made the whole experience an illusion for me. The burger looked great, but at one point it almost felt like I was eating a sloppy cafeteria burger. Since they were Hollywood burgers, they are a lot like club chicks in Hollywood…beautiful upon first glance, but nasty pieces of shit once you got to know them a little better.  Our group of 20 was split into 3 tables.  Only one table out of three actually had great service.   When my group sat down, the fellow BEU members across from me didn’t even have menus! And although the servers were mostly friendly, it took forever to get our food and or checks. It would be nice to get out of The Counter before last call!

“The string onions are the bomb! Loved my BBQ Burger Creation. The multigrain bun is tasty but tends to fall apart if you have too many toppings.”

“I <3 that the waitress offered Hot Sauce. Yummmmm!”

Out of 20 total BEU members in attendance, here’s how The Counter fared: 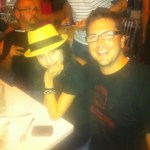 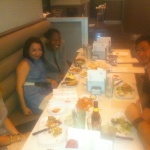 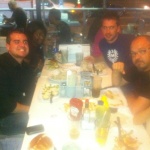 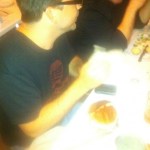 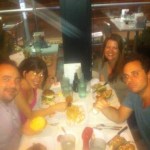 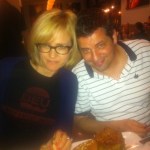 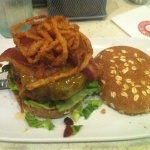 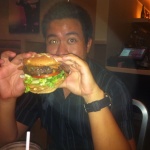 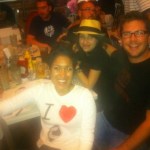