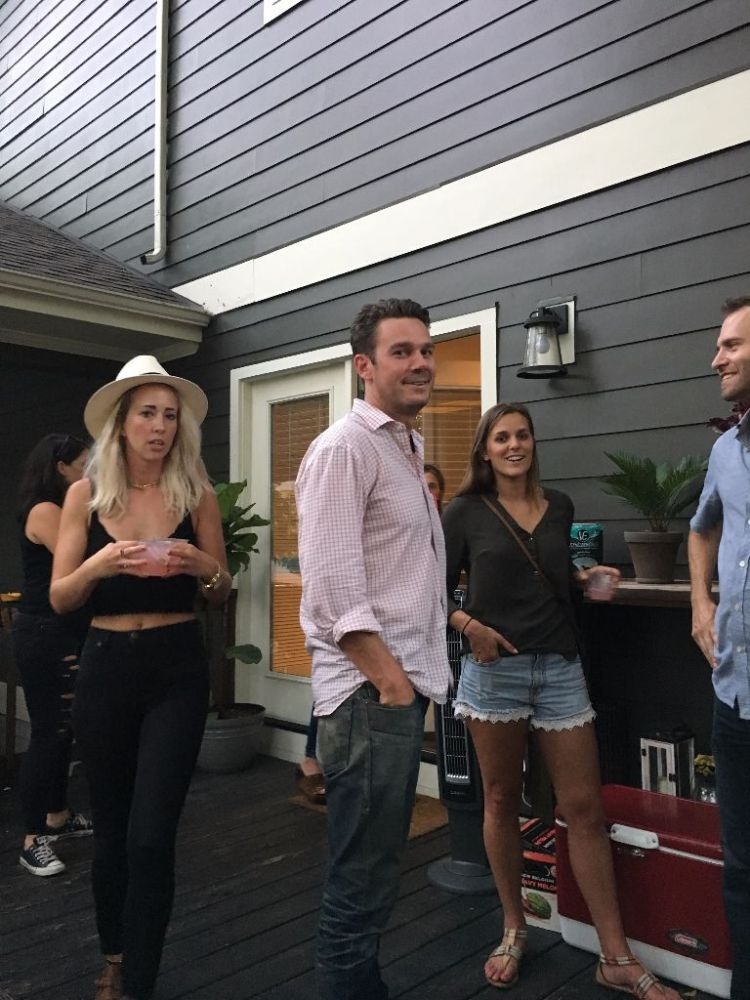 When I first heard about Beef Eaters United, I practically searched the room for hidden cameras. Nashville Burgers & Music Industry Community? You see, I’m already on a personal mission to try every acclaimed and noteworthy burger in the vicinity of Nashville and rank them accordingly. And anytime I can mention the word “sync” without other people staring at me like I’m yelling Gilmore Girls fanfiction at them, I consider that a good time. BEU was just too good to be true.

But alas, it was true, and I was thrilled to learn my BEU debut would be at Riverside Grillshack, a place already on my Ever-Growing List Of Burgers To Try that I had yet to try.

Upon arrival, I noticed that Riverside Grillshack was a pretty obvious name for the place, considering the burgers get cooked on a grill in a shack on Riverside Drive. And it isn’t much more than a shack with a few benches and a small screened-in eating area amusingly labeled the Luxurious Dining Area. But I think most burger enthusiasts would agree that it’s never wise to pre-judge a burger’s quality based on the building in which it is served.

I ordered the regular, standard cheeseburger (cooked medium at their suggestion), which comes with their Uber-Tuber Hand Cut Fries. Knowing the BEU leaders had arranged for everyone to eat at the nearby home of local BEU-member Jessi because of the limited space at RSGS, I asked for them to make it To Go. I felt really cool & smart when the girl informed me that everything they make is To Go. Of course. I didn’t wait too long before I received my To Go box, but since I was one of the first to order, I decided to try to wait for others to be served before I opened mine. Now, I’d like to say I waited for everyone like I intended and didn’t even open my box until arriving at Jessi’s. And I would have, but there was one rebel fry that must have gotten stuck in the box’s clutch as it was closed, and naturally I ate it since it was already halfway out of the box. This led to me opening the box and eating “just one more” fry about 15 times. They were really, really solid fries. But more on that later.

We were welcomed at Jessi’s place with more snacks & drinks, including some awesome margaritas, and a black labradoodle puppy that I most definitely did NOT want to steal (just to be clear). I sat down, “officially” opened my box, and after shoving another 10 fries down my throat, turned my attention to the burger. The toppings were standard, provided DIY-style on the side, and the buns were bigger than I expected, toasted to perfection. After I put everything together and took a bite, I instantly knew this was a seriously good burger with amazing buns (my editor/wife suggests this would be a good opportunity for a buns-related joke, but lucky for you I told her “ABSOLUTELY NOT”). I’m not terribly great at articulating all the specifics of what makes a burger good, I just know it when I taste it. And this was good. The only negative I noticed was that my “medium” burger was cooked well-done, a problem that someone else had as well. This isn’t a deal breaker for me, though, as long as the quality is still there. The buns, besides tasting fantastic and being toasted just right, were big enough to avoid sliding around like they usually do for me – am I the only one that has that problem? I usually get to my last bite of burger, and I have a crumb trying to pretend it’s still an adequate bottom bun. Anyway, I didn’t have that problem.

Back to the fries: these were hand cut and had a fantastic flavor and perfect crunch. In fact, they were so good, I didn’t even open up the ketchup until I was halfway done with them. The ketchup was great too, although I don’t know if RSGS makes it themselves. Honestly, if I showed up again for a burger & fries and they told me they were out of burgers….yes, I’d would still be disappointed, but the fries would’ve been well worth the drive.

RSGS’s burger probably ranks in the upper third out of all the burgers I’ve had in town, which is pretty dang good considering all of the good burgers I’ve had here. I was completely satisfied with the meal. I wasn’t hungry, and I didn’t feel like a walrus that just ate a boat’s worth of whale blubber (we’ve all been there, right?), so that’s a win in my book.

While all of this was happening, I met some really nice people, and while I didn’t get to talk with everyone, I had some great conversations about burgers, the music industry, and life in our growing city of Nashville. It was a great evening, and although I’m still a little skeptical that this whole BEU thing is all some Truman Show charade, I am very much looking forward to getting to know everyone better and continuing to conquer our amazing Nashville burger landscape. Is there a more worthy pursuit?

Out of 12 people in attendance, here’s how Riverside Grillshack fared:

USA Women’s Gymnastics won the “who would win in a fight?” category.

Mike Caroleo: The burger was good enough for me to come back. Resonably priced. And the fries were so good that for a second I thought it was Friday.

Aaron Monty: Lovely to sweat with you, BEU!

Joel Timen: Solid all-around burger. My patty was overcooked, but it was delicious.

Chip Dorsch: Burger was a bit salty. I was a lot sweaty.

Jen Wolczyk: Love this burger but tasted saltier than usual. Really enjoyed the casual hang at Jessi’s house. Felt like was able to connect with so many people on much more personal level than usual 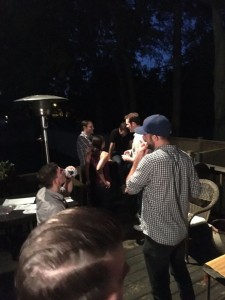 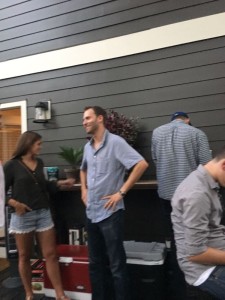 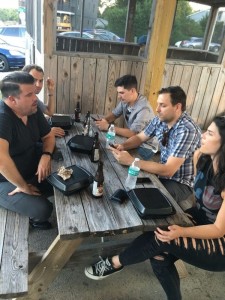 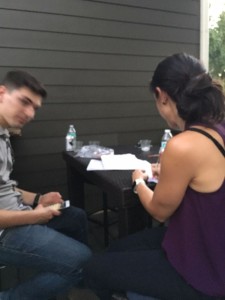